The Japan Sport Council and Agitos Foundation invited 18 persons from national paralympic committees from nine countries in Southeast Asia, in cooperation with the Japanese Paralympic Committee and The Nippon Foundation Paralympic Support Center, and hosted para sport management learning. As we approach the Tokyo 2020 Paralympic Games and beyond, this learning was performed with the aim of fostering leaders who promote para sport.

The training is being performed with the following three goals. The first goal is to acquire presentation and facilitation techniques for spreading the information gained through training within one’s home country. The second goal is to acquire fundamental knowledge regarding the Paralympic movement. The third goal is to construct networks domestically and internationally of one’s home country.
During the first half, sessions were conducted by the Agitos Foundation, and individual group presentations were repeated. Thanks to facilitation by a group of excellent lecturers, attendees were able to enjoy themselves immensely and were able to acquire new knowledge and skills.
Sessions making use of the resources of Japan were held during the second half. For example, information about the experiences in Japan were shared by JPC, presentations were given by the Japan Anti-Doping Agency and the Tokyo Organising Committee of the Olympic and Paralympic Games, the experiences in Football 5-a-side were shared by the Japan Blind Football Association, and tours were conducted at the Japan Institute of Sports Sciences and the Tokyo Metropolitan Sports Center for the Disabled.
After returning to their home countries, participants have started holding their own national workshops, which will be continuously followed by the Agitos Foundation.

This NPC is currently performing reconstruction in order to ameliorate management problems. I thought that I would like to learn a lot of things from the training and then put them into use in order to improve my organisation, so I decided to participate. The learning was designed for participants to be able to participate independently, so I was able to learn many presentation skills. At first, I was only able to give monotonous presentations, but my presentations gradually improved through my participation in the group workshops. It was extremely wonderful training. (from a participant who came from East Timor) 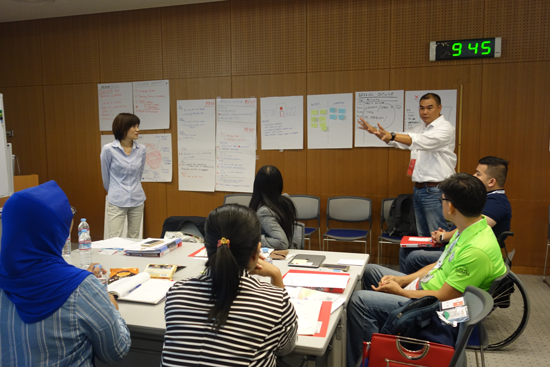 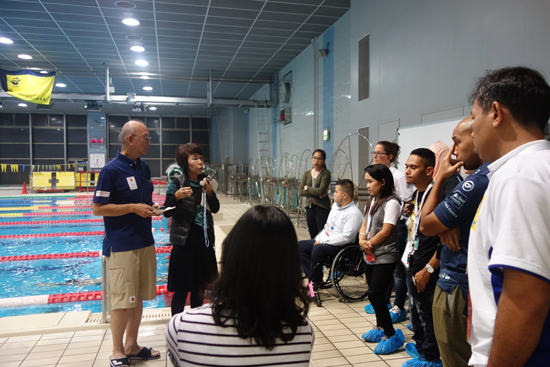 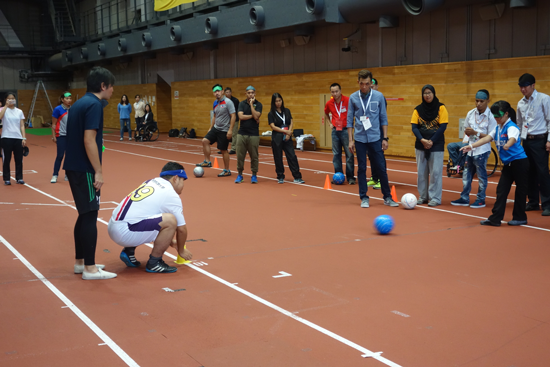