The Mainichi Newspapers has hosted “EKIDEN”, a sport based on Japanese culture where individuals have contributed to the team/group ever since 2014 in Jakarta, Indonesia. This year, a record total of 441 teams and 1764 people participated in the project, while the roadside resounded with shouts from many spectators and cheering groups. Last year saw the DENSO team dominate the race at 3km per section and a total of 12km sequentially and carried off their third consecutive title.

On the early morning of 15 May (Sun.) 2016, at Gelora Bung Karno Stadium, the race was started by the start flag by Anis Basweden, Minister of Education and Culture of Indonesia, Lilik Oetama CEO of KOMPAS Gramedia, Yasuaki Tanizaki Japanese Ambassador. Head of the Japan Sports Agency, Suzuki also participated in the program as the team SFT (Sport for Tomorrow) with Ms. Haruka Nakagawa of JKT48, etc. He gave his impression that “I felt with my own body that a feeling of love toward sports was inevitable, regardless of different cultures and customs. “ Mainichi Newspapers promotes the anchoring of the ekiden as an event to deepen friendship between both countries while Japanese and Indonesian people hold a sash and commit to the goal. 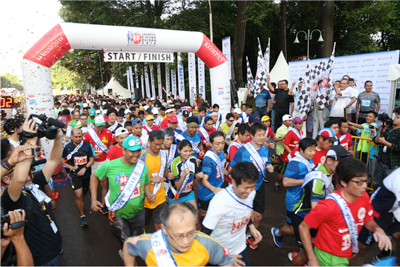 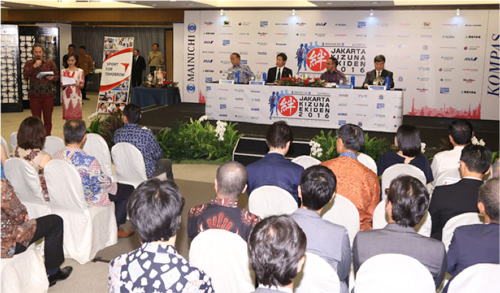 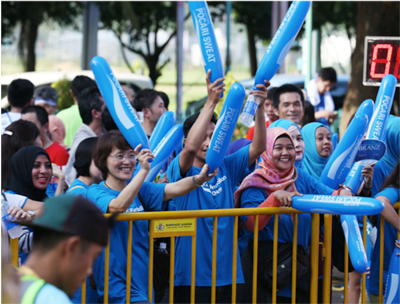 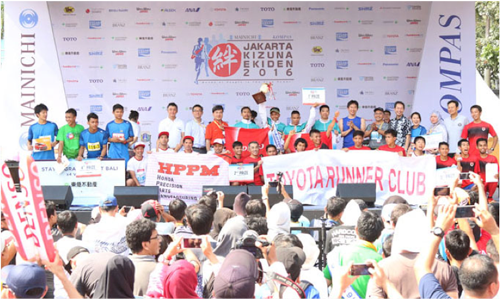