The Honolulu Marathon is held every year, on the second Sunday of December. This year was the 44th hosting of the event, in which approximately 30,000 participants from 40 countries around the world entered. During race week, runners from around the world and volunteers engaged in international exchange through the performance of radio-taiso, which is a part of the sports culture of Japan.

For a total of five times during the events of race week, radio-taiso performances were held with the English version of “Radio-taiso Part 1” and the original Hawaiian-language version (instructions dictated in the Hawaiian language with a accompaniment by ukulele). As the music began to play, the Japanese participants naturally started to move their bodies, and then non-Japanese participants began to move their bodies while watching the movements of the Japanese participants. As this trend was born, there was an amazing spectacle of approximately 5,000 people at the luau festival two nights before the marathon, performing radio-taiso in unison. Then, in an instant, the word “taiso”, instead of “Japanese exercises”, became a common word to all the people participating. 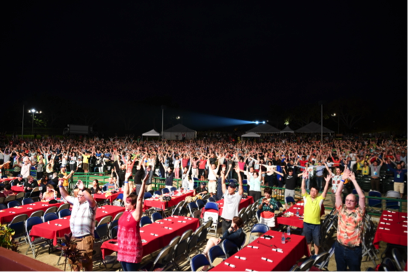 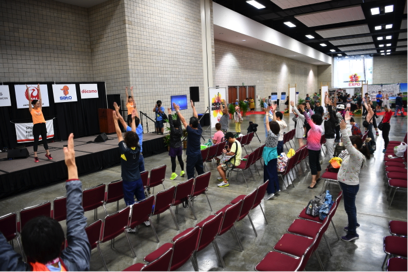 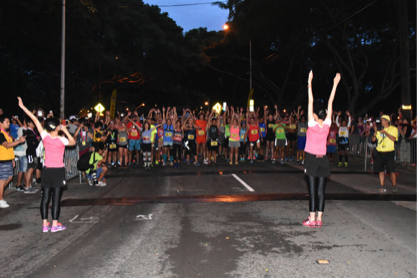 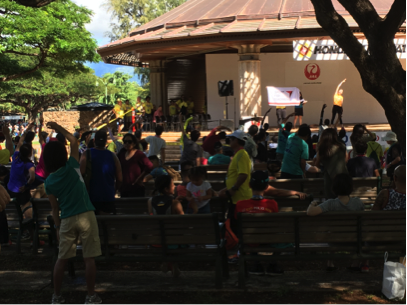