At the sixth International Congress on Physical Activity and Public Health hosted in Bangkok, booths were exhibited and performances were given in order to introduce people to radio-taiso. This congress was an international gathering of experts and researchers in the fields of exercise and health, the first hosting of this congress in Asia.

When performing Radio-taiso five times over a period of three days, the number of participants increased each time. There were participants who were able to experience the benefits of radio-taiso by participating in each of these performances. These performances were full of smiles, as all the participants enjoyed practicing radio calisthenics while English, Thai, and Japanese were being exchanged amongst the people there.

At the exhibition booth, radio-taiso were introduced to attendees via videos and pictures, and booklets providing illustrated explanations of the movements in radio calisthenics and pamphlets explaining the history and effects of radio-taiso were distributed to attendees. Radio-taiso has been performed by a large number of Japanese people, from children to adults, over a long period of time, since 1920, and radio calisthenics, which has positive effects on the minds and bodies of those who perform it also has a social impact, drawing a deep interest from many people. A university professor who teaches exercise in the local area said that they would like to teach radio-taiso, which means that their enthusiastic learning of the movements of radio calisthenics was impressive.

Radio-taiso, which anyone can easily perform, are amazing. I teach a variety of exercises in my local community, and I would like to start introducing radio calisthenics as well. I am really glad that I was carefully taught each and every movement of Radio-taiso today. (An associate professor of sports science at Chulalongkorn University) 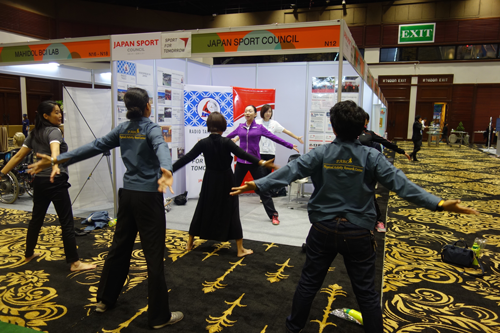 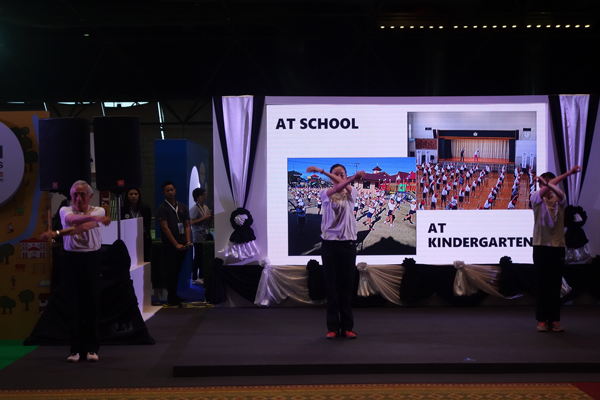 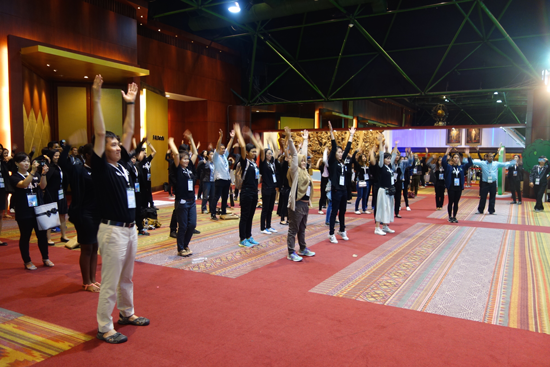 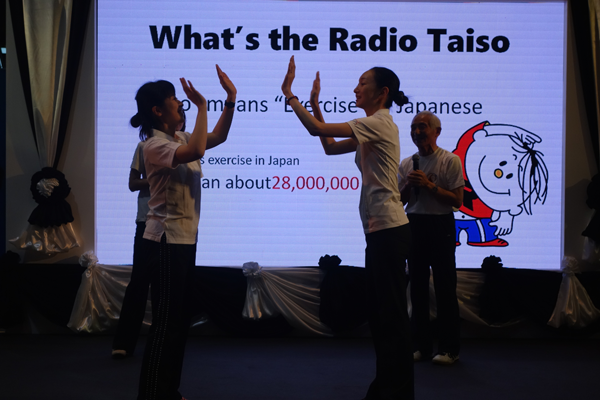