The Mainichi Newspapers, in collaboration with the Indonesian newspaper Kompas, has been holding the Japanese sport "EKIDEN" in Jakarta, Indonesia since 2014.
This year's fourth "EKIDEN" was recognized by local citizens, and 400 teams. A total of 1,600 people participated in the center of Jakarta.
Along the road, many spectators and cheering squads burst into lively cheers. The DENSO team won a race of 2.7km per section, for a total of 10.8km.

In the early morning of Sunday, May 14, 2017, more than 1,600 Indonesians and Japanese working for local Japanese companies gathered at the venue "Senayan Square".
The race started with a signal from the Indonesian Ministry of Tourism, the Jakarta Special State Government executives, Masafumi Ishii, Ambassador to Indonesia, and Lyric Oetama, CEO of Kompas Gramedia.
An Indonesian popular comedian COWCOW and former JKT48 Haruka Nakagawa participated as guest runners and were cheered on by the spectators along the road.
Entertainer Pico Taro participated in the award ceremony as a secret guest and performed the original art of "Best Friend, Kizuna, Pen" with the theme of friendship between the two countries.

Comments from Indonesian man (37 years old) working for a local Japanese company:
I am grateful that running is good for my health.

Comment from Kompas Event Staff (25 years old):
Compared to four years ago, the EKIDEN name and rules have become more pervasive in Indonesians. EKIDEN is a good sporting event because it is exciting in team competitions. 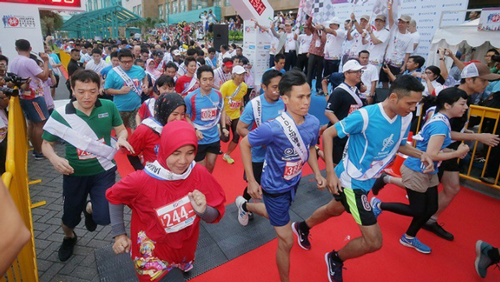 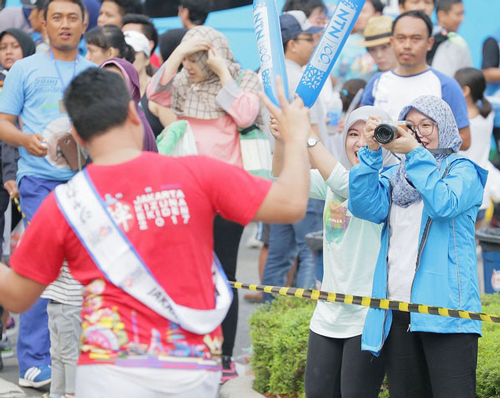 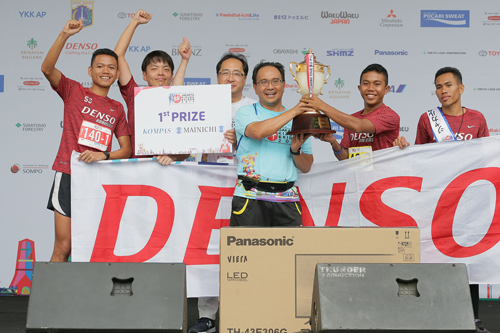 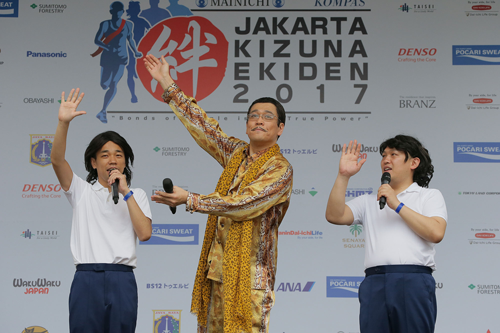