J2 football club Mito HollyHock is based in Mito City, Ibaraki Prefecture, which has acquired Vietnam national team player Mr. Nguyen Konfong and is showcasing the appeal of Ibaraki Prefecture and Japan to Vietnam.

In order to expand exchanges with Vietnam in a wide range of fields such as sports, tourism, and food, we planned a tour by chartering a Vietnamese aircraft arriving at Ibaraki Airport. This tour was held in cooperation with several groups in Mito City, where they watched football games and experienced Japanese culture.
In addition to general tourists, a total of 73 people participated, including those from major Vietnamese media and travel agencies invited by Ibaraki Prefecture, and were featured in the Vietnamese media. About 300 Vietnamese in Japan were invited to watch the soccer game for free as "Ibaraki Vietnam Friendship Match Day".

This project was selected as one of the Top 10 Projects of the "Sports Culture Tourism Award 2016". 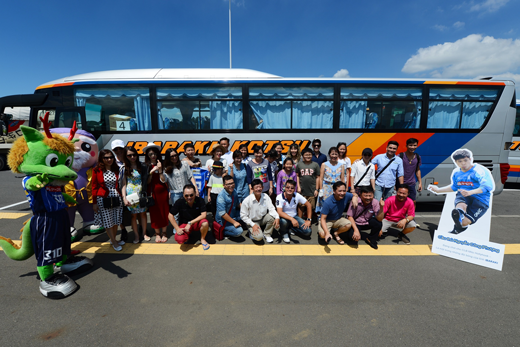 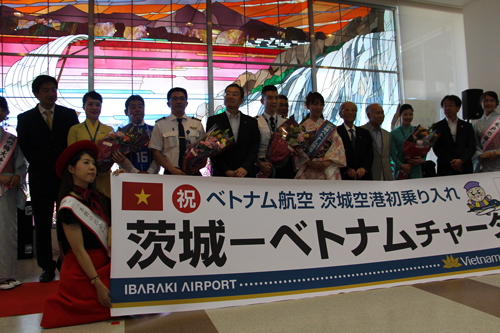 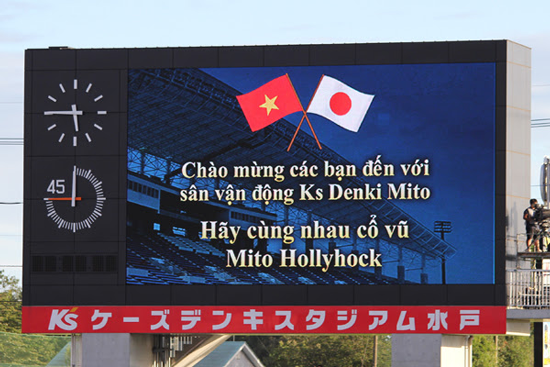