In this project, we sent out Judo trainers to ASEAN 9 countries in the last 3 years, FY2017, 2018 and 2019.
We conducted Judo seminar collaborating with respective country’s Judo federation to strengthening interaction, nurturing talents and promoting network building.

We did not just hold Judo seminars, meeting and dan-promotion tests, but visited various influential people including Minister of Health and Sports, Headmaster of Yangon Sports School and the current ambassador of Japan stationed in Myanmar.

To these people, we reported the current status of Judo in Myanmar and various ideas we have in mind in promoting the sports in the region.
In both Naypyidaw and Yangon, we had one national TV interview.
Our project was also reported big in local newspapers.

・The judge seminar was amazing. Because we had it, I believe Judo player in Myanmar can participate in matches without violating the new IJF rules.
・Seminars on “kata (forms)” was also great. It was very educational for people in going through dan-promotion tests.
・I would like to express my deep gratitude towards KODOKAN and Japan Foundation Asian Center for holding those seminars and dan-promotion tests in Myanmar. 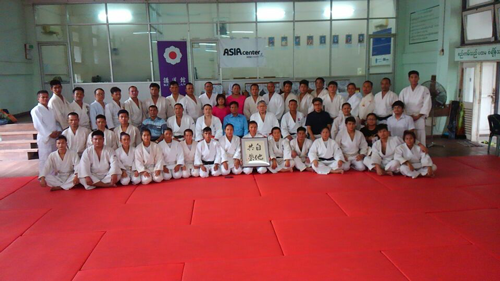 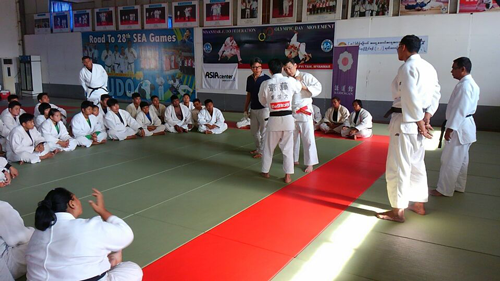 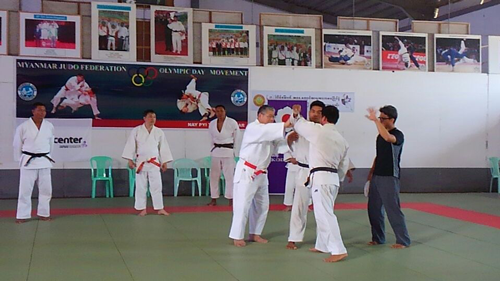 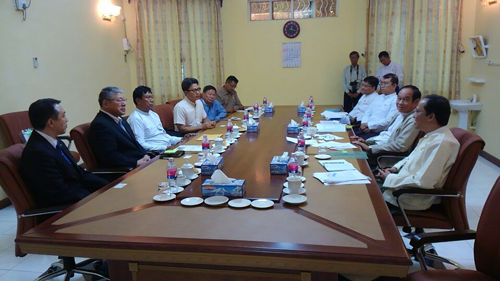