We are an organization set up by Masao Kiba, a former captain of Gamba Osaka, a J-league team based in West Japan. We are taking on various initiatives to nurture talents from South East Asia to become J-league professional players. We have been conducting various activities throughout the ASEAN countries since 2012 and our activities are getting high commendations from many local stakeholders.

On 16 July, we held JDFA Football Clinic in Bangkok in Bangkok, Thailand.
There, JDFA representative Masao Kiba and a very special guest, a former-Japan national team player Kota Yoshihara taught soccer to around 100 Thai elementary school kids. The guest Kota Yoshihara is currently coaching young generations in J-league team Consadole Sapporo.
Since the team recently got a Thai player, Chanathip Songkrasi, he told the kids “I expect someone here will be another Thai J-league player following the footsteps of Chanathip.” In its opening ceremony, Counselor Kobayashi from Embassy of Japan in Thailand gave an encouraging message to the kids. 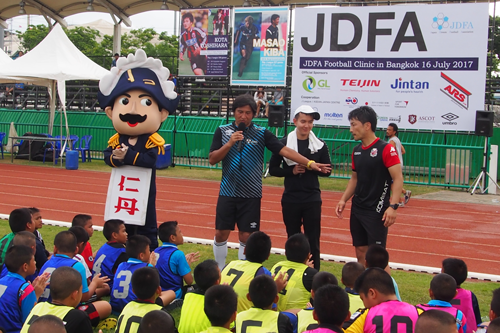 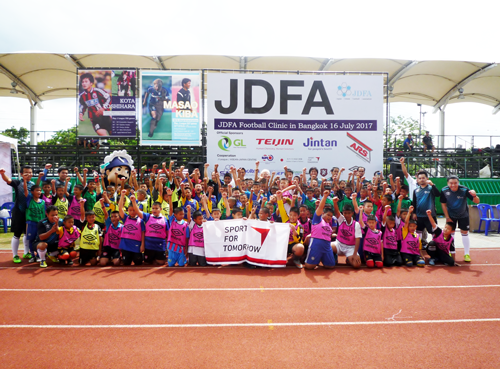 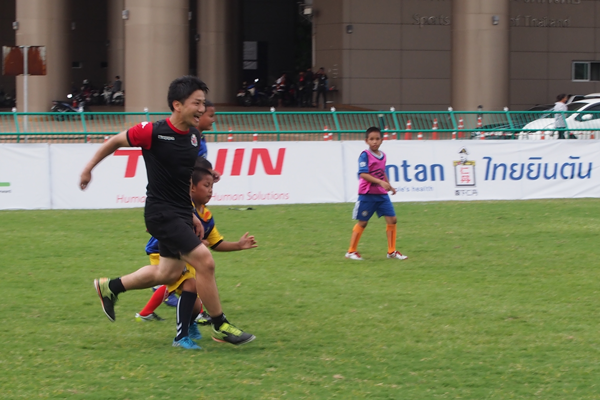