San Paulo Japan Festival is one of the largest event widely introducing Japanese cultures and it attracts as many as 150,000 people every year. There, we introduced “Radio Exercise. We invited Ms. Mika Okamoto and Ms. Saki Shimizu both well-known for appearing on “Radio Exercise” TV show. With their lead, we enjoyed radio exercise with Brazil Radio Exercise Federation members and the locals.

Japan Festival held this year on 7-9 Jul has marked its 20th year. Radio Exercise was demonstrated at three different stages in total 11 times and many Brazilian young and old who are interested in Japan deepened their interests on Radio Exercise and SFT.


We also held seminars for trainers who are members of Brazil Radio Exercise Federation. They were excited about getting lesson directly from those people appearing on the TV show and participated the seminars very diligently. 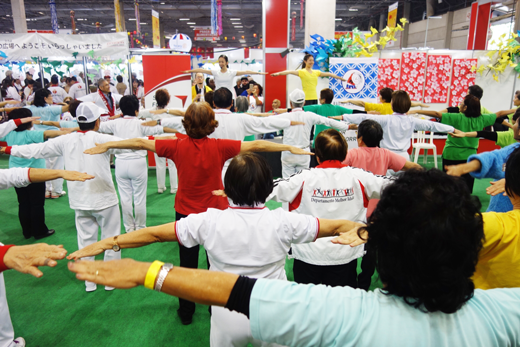 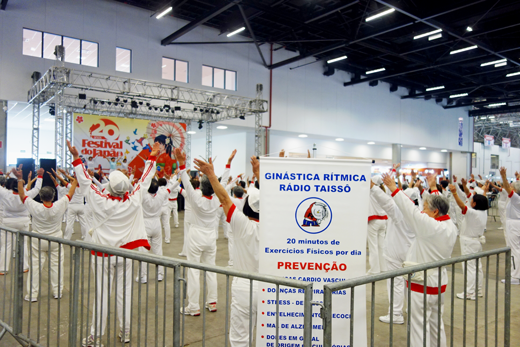 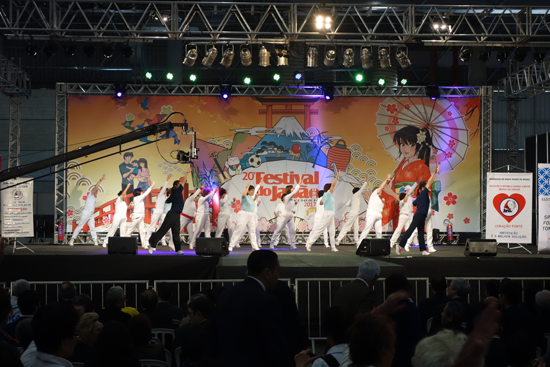 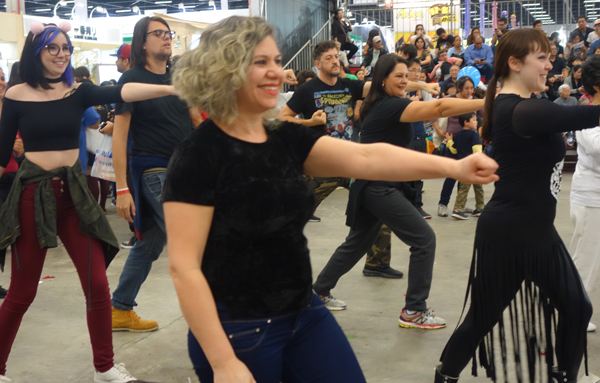