Heinrich Popow, a gold medal winner in the track and field long jump T42 (above-knee amputees) at the Rio Paralympics, was invited to Otsuka Elementary School, where he conducted a “run with a gold medalist” class with the children.

opow was welcomed into the school gymnasium to a magnificent applause from 150 students and their parents. At the beginning, one of the teachers took out a measuring tape and measured a length of 6.7 metres, the length that Popow jumped during the Rio Paralympics, in front of the children. For elementary school students with such small bodies, the distance of Popow’s jump appeared to be enormously long, which resulted in a whirlwind of astonishment and applause of the children resounding throughout the gymnasium. Afterwards, Popow held a class on “the importance of unyielding courage”. While on stage, when Popow switched from his everyday prosthetic leg to the one he uses for playing sports, seeing a prosthetic leg for the first time the children leaned forward leaned forward and began to watch.
A physical education class was also held in the playground for the 52 third-year and fourth-year students. The students participated in the Popow’s actual training, after which all of the students ran a foot race. Seeing the children and their smiling faces during the race made this a day that energised the spirits of those watching.
The knowledge that Popow conveyed to the children during this day were words taken from his personal experiences, some of which were “the importance of always smiling without giving up” and the “importance of listening carefully to your parents and teachers, and following what they say”. These words were empathetically received by the students, leaving a lasting impression.

Impressions from the children ・ I was able to touch Popow’s gold medal. Both the heavy weight of it and the chime it made when I touched it were extremely exciting. ・ I was really happy I had the opportunity to understand the techniques of top athletes, and to understand how these athletes live. ・ I thought it was amazing that even people with disabilities can run and play sports just as well as other people. ・ When I asked what I should do in order to become as good as these athletes, I was told, “Training! You can’t neglect training. Also, you have to discover what you are good at and work hard to get better at it”. 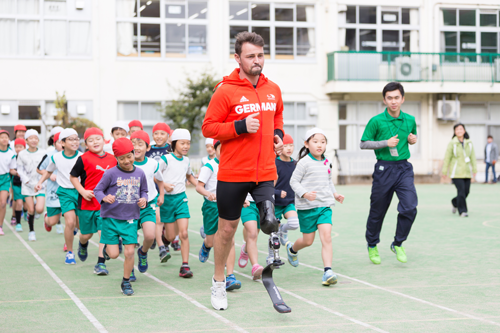 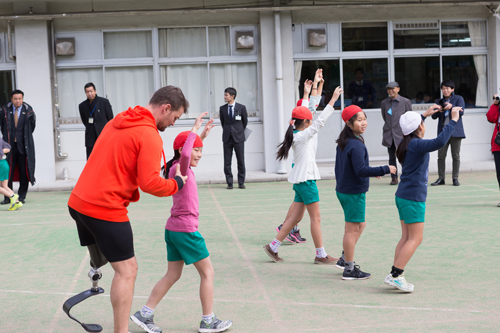 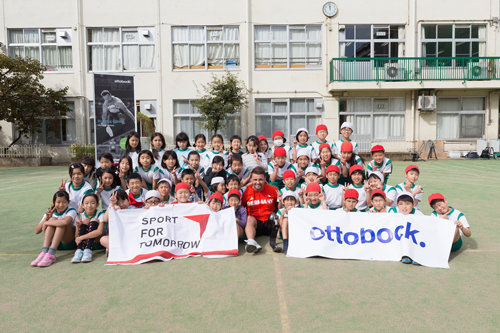 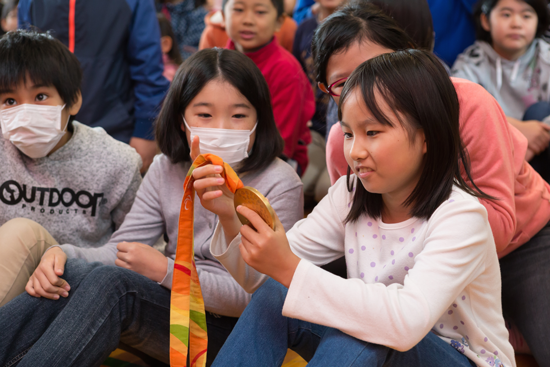 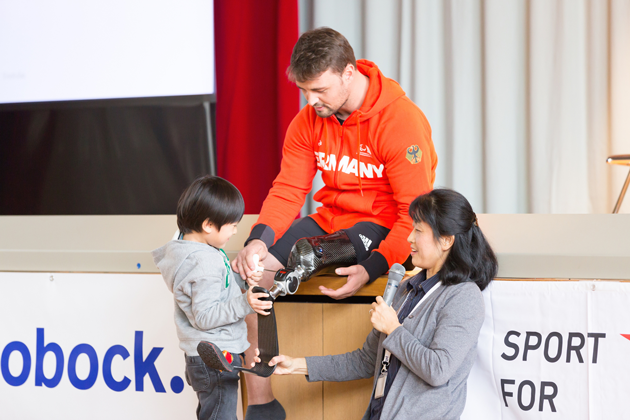 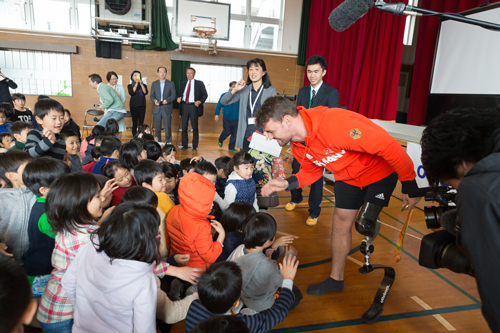