Local primary school students were invited to GiFT DAY, an event intended to spread the value of sport and Olympism in Cambodia held at the Morodok Techo National Sports Complex, which will be the venue for the Southeast Asian Games in 2023. The participants heard Mr Nhan Sokvisal’s talk about his life and the enthusiasm he has for sport. Mr. Sokvisal is Olympic Committee Games Director and is scheduled to serve chef de mission of the Cambodian Delegate for the Tokyo 2020 Games. A mixed team of Japanese and Cambodian athletes created GiFT DAY, making reference to Deputy Minister of Tourism and Director General of the Cambodian Olympic Committee Vath Chamroeun, who expressed a desire to spread the value of sport in Cambodia before the 2023 SEA Games.

This project was for participating students to acquire the diverse adaptability necessary for a global society by experiencing joint creation and to contribute to the promotion of sports in Cambodia. Participants were also invited from local universities such as the Royal University of Phnom Penh, Asia Euro University, and the National University of Management, and a mixed team of Japanese and Cambodians held discussions on events for spreading the value of sport in Cambodia. For the Japanese participants, training was conducted before departure and after returning to Japan, and this summer, similar projects were held in the Philippines, Malaysia, Indonesia, Bhutan, and Laos in addition to Cambodia (the themes were different in each country).

For Cambodia, it is of great significance for young people from both countries to engage in dialogue and train together on the value of sport in anticipation of the 2023 SEA Games. 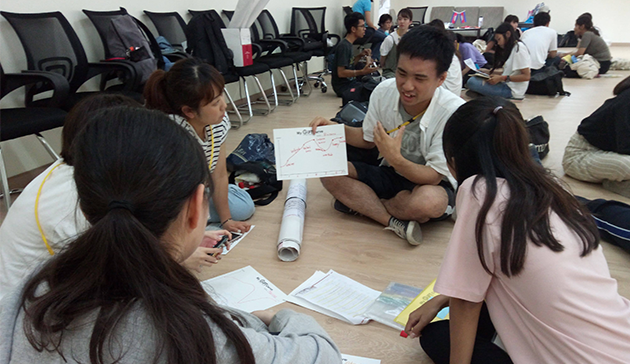 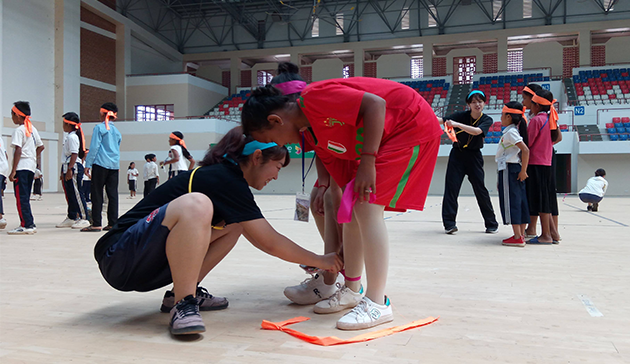