The tournament provides an opportunity to spread junior rhythmic gymnastics and present what they have practiced. By inviting teams from overseas, athletes learn skills and expressiveness from one another, which is part of international exchange.

A total of over 700 gymnasts on five teams from abroad and 108 teams from Japan competed in ribbon, rope ball and other events.

During the period, in addition to participating in the competitive tournament, the Bulgaria Levski Rhythmic Gymnastics club visited primary schools and participated in exchanges such as demonstrating skills, introducing rhythmic gymnastics and experiencing Japanese culture. An athletes’ exchange meeting was also held in which athletes communicated through dancing together and exchanging souvenirs. The social gathering for referees and coaches offered an opportunity for instructors to exchange information.

A coach on the Australian team

It is very important for young athletes to participate in international tournaments to learn and improve their skills. During the Sanix Cup, they were able to learn about each other’s cultures through living together. 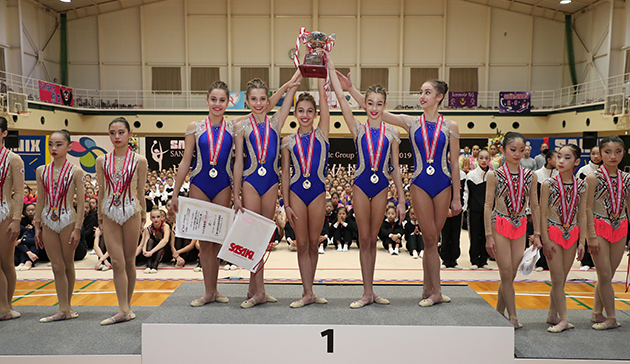 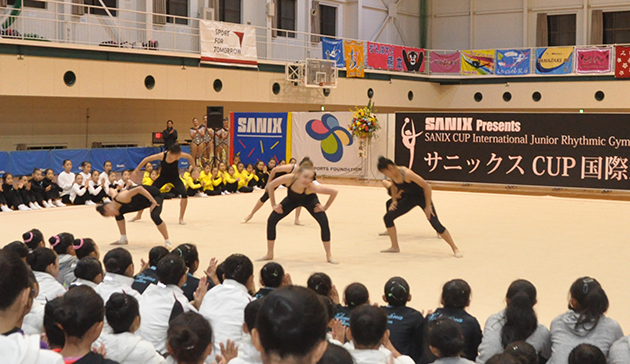 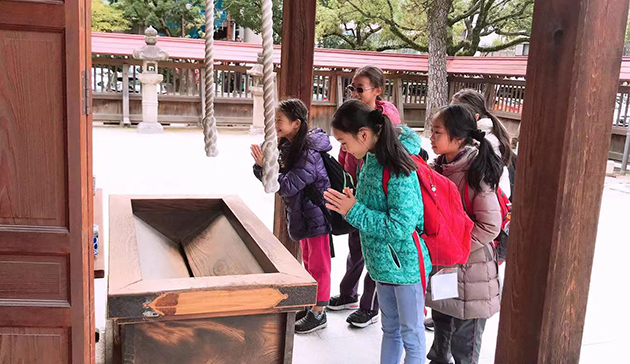