The Krungsri Ayutthaya Kizuna Ekiden started in 2017 to commemorate the 130th anniversary of the Thailand-Japan Foreign Relationship. With continued support from the Thai government, the fourth event was held in 2020 to promote friendship (kizuna) of the two countries through the Japanese ekiden culture of each member contributing to the team. From the first event, one of the rules is to form a mixed team of Japanese and Thai members. Ayutthaya Governor Panu Yaemsri waved the starting flag.

The Krungsri Ayutthaya Kizuna Ekiden 2020 kicked off at 6:30 am on January 12, 2020, on a course that took the runners around the Ayutthaya Historical Park covering the ruins of the old city of Ayutthaya, a world heritage site. A record number of 2,436 runners in 609 teams passed the sash of friendship to the next runner. In the morning twilight, 609 runners started as a pack, each covering a distance of 3.4 kilometres for a total distance of 13.6 kilometres with four runners. The day before the event, a matching service was offered for people who wanted to participate but had difficulty forming a mixed team of two nationalities.

Comments from the local residents concerned:

Seiichiro Akita, president of Bank of Ayudhya (commonly known as Krungsri), showed his appreciation saying, “It’s a wonderful event for socializing within the company as well as for promoting bilateral relationships between Japan and Thailand.” Atsushi Shimada, Chairman of the Japanese Association in Thailand, also remarked, “The Kizuna Ekiden has gained recognition as an annual event that the local residents look forward to.” 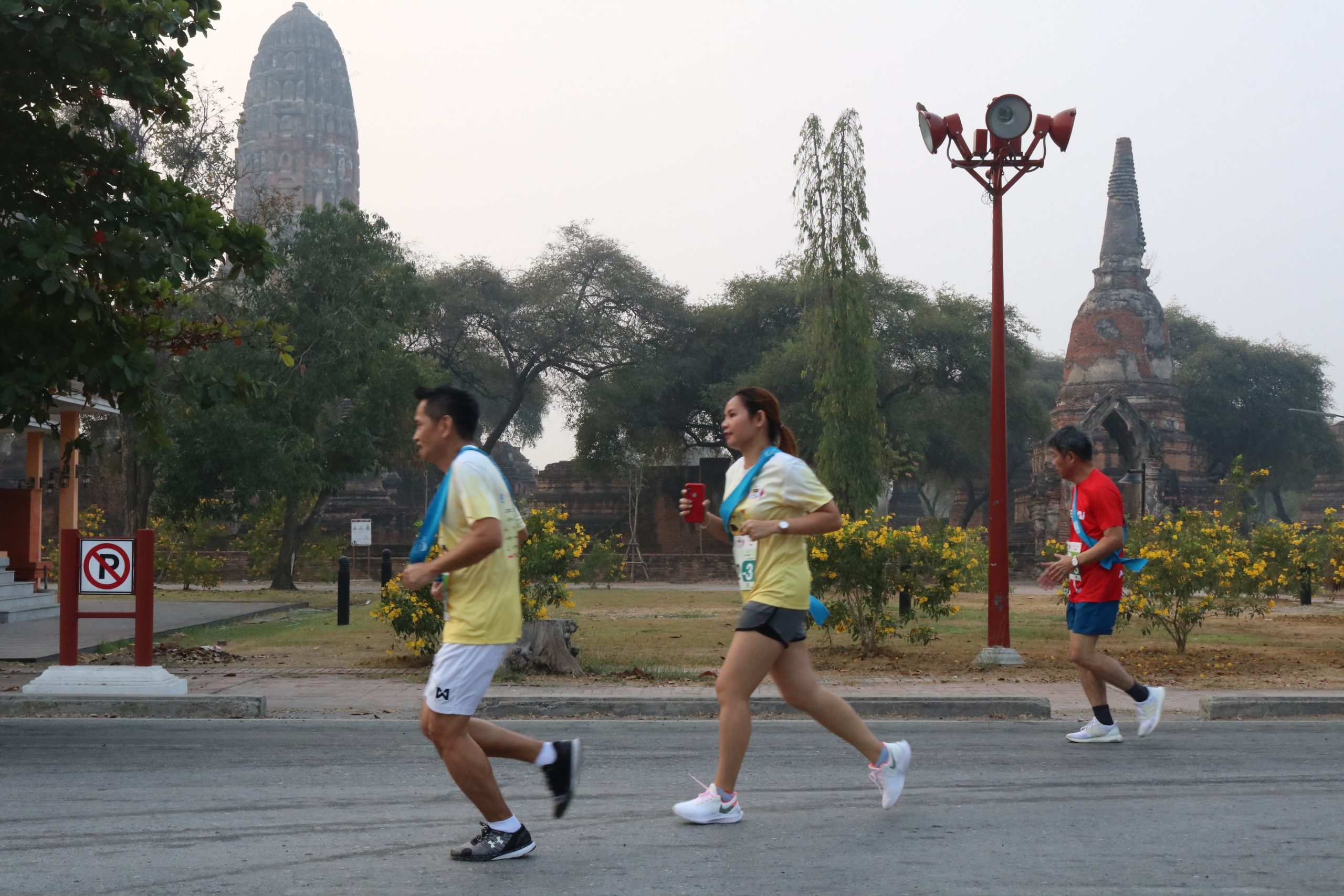