Vietnam Kizuna Ekiden started in 2018 to commemorate the 45th anniversary of Vietnam-Japan diplomatic ties. The second event was held this year. One of the rules of the relay, as last time, was to form a mixed team of four, consisting of Japanese and Vietnamese runners, to enhance continued friendship between the two countries. The relay marathon was organized by Vietnam’s Ministry of Public Security in coordination with Japan’s Mainichi Newspaper. Deputy Minister of Public Security Nguyen Van Thanh waved the flag to start the race. As part of their friendly exchange with the police department in Vietnam, Masahiro Kanetaka, former Director-General of the National Police Agency of Japan, participated in the race.

Vietnam Kizuna Ekiden 2019 – Run for Traffic Safety in Hanoi kicked off at 8:20 am (local time) on November 17, 2019, in the heart of Hanoi on a course circling the Hoan Kiem Lake (total distance of approximately 14 kilometres by four runners, each covering approximately 3.5 kilometres.) Clad in T-shirts printed with the winning slogan of the Traffic Safety Slogan Competition initiated in Vietnam by Mainichi Newspaper, 800 runners from 200 teams sprinted from the start. Team members passed the Tasuki ribbon, representing unity and friendship. Some of the participants were visitors to the Kanagawa Festival in Hanoi held simultaneously in Ly Thai To Park where the relay marathon started. Governor Yuji Kuroiwa of Kanagawa Prefecture also ran the race.

Japanese Ambassador to Vietnam Kunio Umeda remarked, “Vietnam is a wonderful country full of energy. One of the major issues that need to be addressed is to improve traffic safety awareness. I strongly believe that this Kizuna Ekiden will contribute to achieving this goal.” Lieutenant General Truong Van Thong, Director of the Foreign Relations Department under the Ministry of Public Security (MPS) greeted on the eve of the event: “It is my desire to further strengthen understanding between the two countries through this Kizuna Ekiden.” 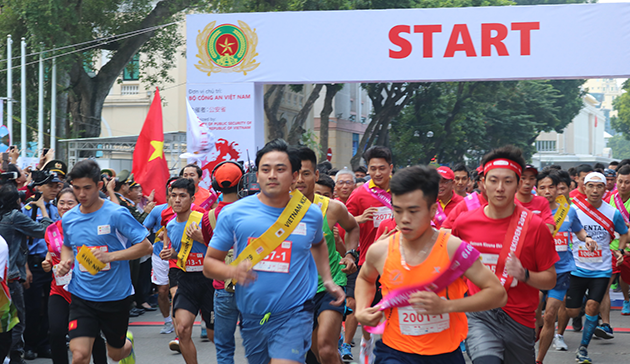 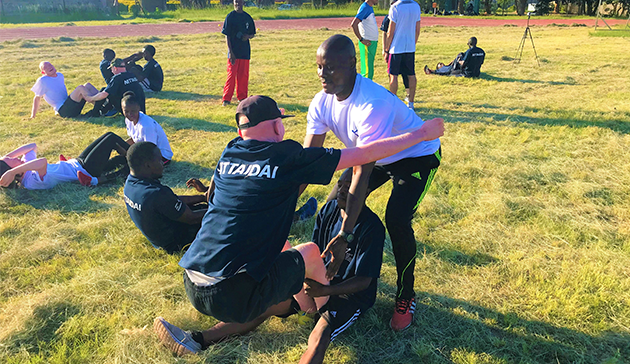 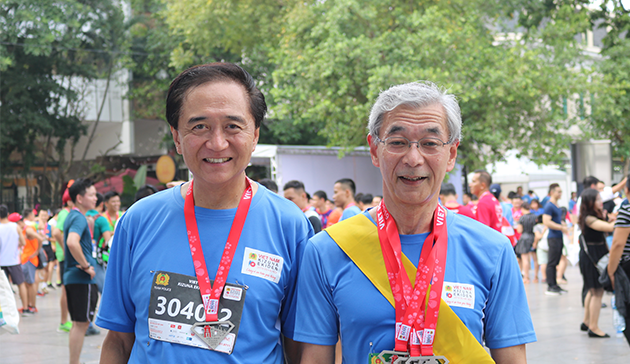