International Fencing Federation “FÉDÉRATION INTERNATIONALE D'ESCRIME (FIE)” in collaboration with the FIE Athletes Commission, launched the "Donate Your Fencing Gear" project in 2017.
The project was designed from a sustainability perspective; collecting equipment that is still available, but no longer in use and donating them to countries and regions where they are needed. Japan has built a cooperative relationship with FIE from the beginning of the project and decided to hold the Takamadomiya Cup Fencing World Cup Tournament (Men's Foil) in 2017.

During the tournament that was held on November 10th to 12th, 2017, they set up a desk at the Komazawa Olympic Park Gymnasium and received equipment from the donors. A total of 167 different types of equipment was donated from 18 individuals and 2 organizations.
The collected equipment was delivered to the Japanese Embassy in Colombia through the Ministry of Foreign Affairs' Sports Diplomacy Promotion Project. The donation ceremony was held on July 20, 2018, to hand the equipment over to the Columbian Fencing Association as part of the 110th anniversary of mutual relations. 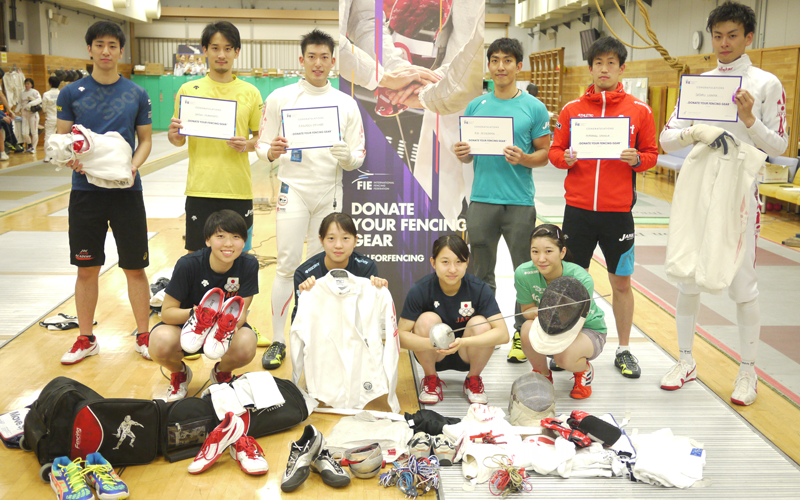