The Heat Illness Prevention-Communication Project enlightens foreigners visiting Japan to prevent heat stroke when they come to watch the sport events or sightseeing. The promotion videos, which include pictograms in English, Chinese, and Korean, were widely broadcasted on street televisions, events, and websites. The Heat Illness Prevention-Communication members also communicated directly to foreigners at educational events in major cities and hotel receptions.

Specific activities are as follows.
1. Educational events that were held in Tokyo, Osaka, Kyoto, and other major cities handed out questionnaires. A total of 87 foreigners responded to the questionnaire.
2. Promotional leaflets were handed out to the visitors at the front desk of Hotel Okura Tokyo Bay that distributed 500 leaflets.
3. An article was published in the in-flight magazine of Japan Airlines on domestic and international flights which reached to about 3.54 million people in Japan and overseas.
4. A video broadcast was presented on the official project website, Don Quijote website, etc. 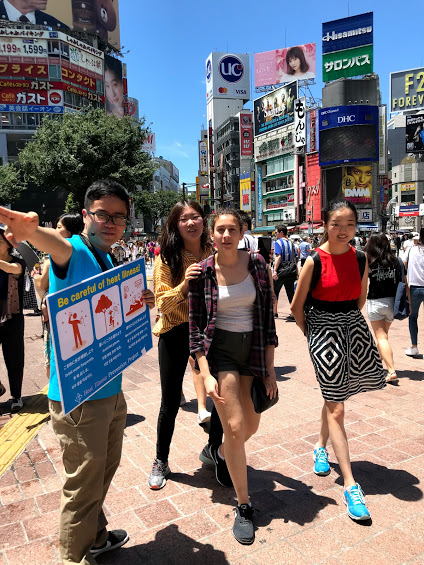 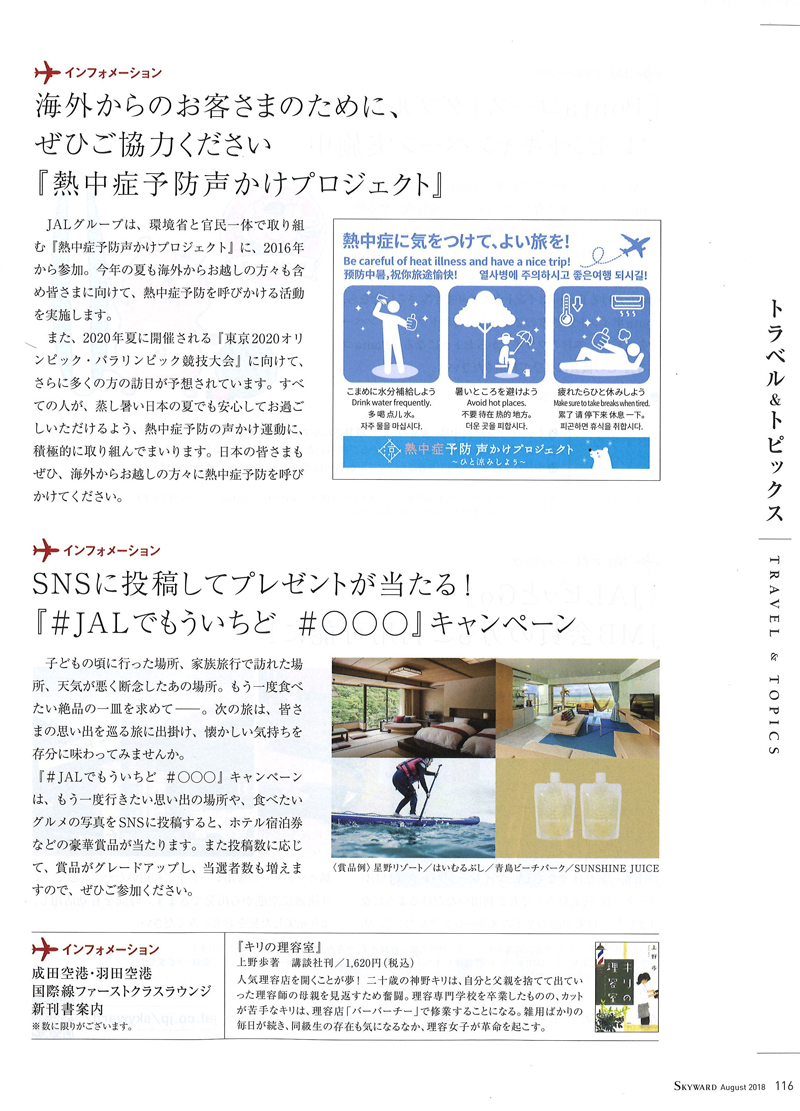 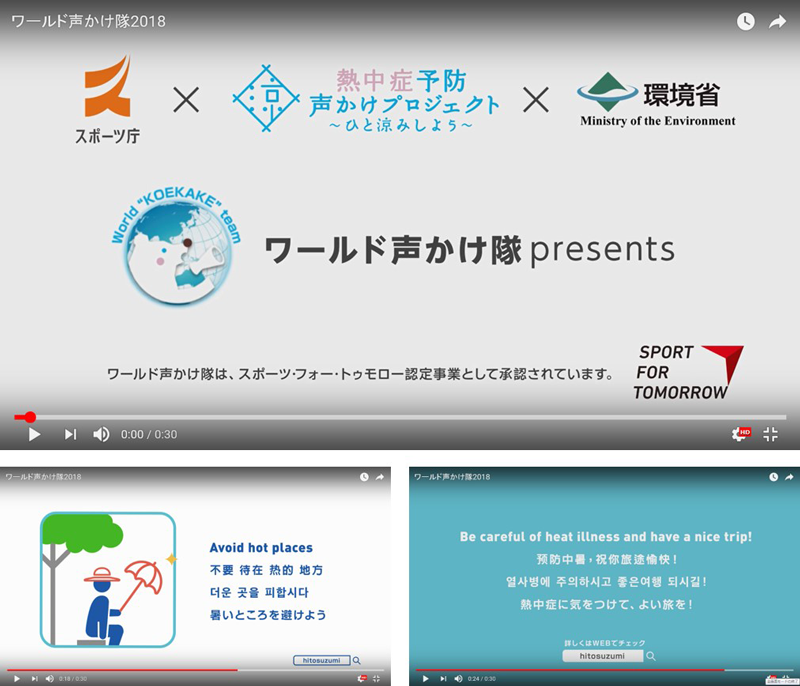