Following the request from World Baton Twirling Federation, the Vice Executive Board Chair (also acting as WBTF Sport Administrator) and a Certified Instructor of Baton Twirling Association of Japan had visited South Korea to provide advices and instructions to Korea Baton Twirling Federation established in 2017, for organization building, guiding KBTF to become a member country federation of WBTF, and teaching a baton twirling clinic.

On January 20th from 1pm to 7pm, 4 officers from KBTF and 2 officers from BTAJ had a consultation meeting. KBTF presented their organizational structure, activities and current situation of their sport promotion. A general overview of WBTF, international events, educational programs for instructor and judges were explained. And KBTF was invited to become a member country federation of WBTF. On the following day, the President of KBTF submitted the signed application form for joining WBTF.
On January 21st, the WBTF Baton Twirling Clinic was conducted. The intermediate athletes received instruction from 9am to 12 noon. The entry, beginner and intermediate athletes received their instruction from 1pm to 5pm. Athletes were divided into 3 groups, and learned the WBTF training system and WBTF Standard Routine (which was developed by BTAJ, and provided free to WBTF as the world standard). 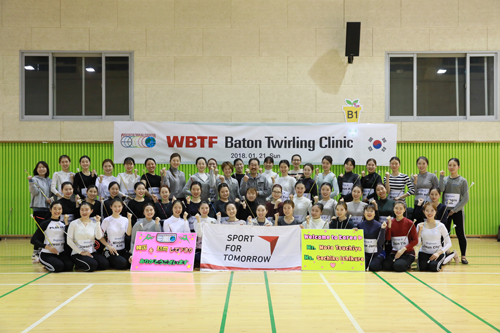 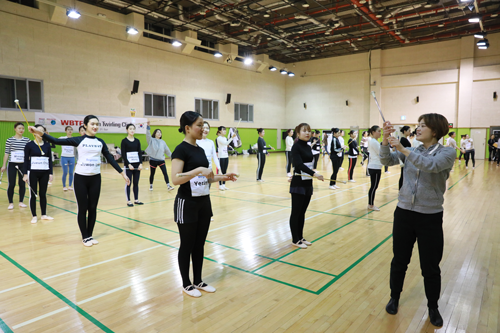 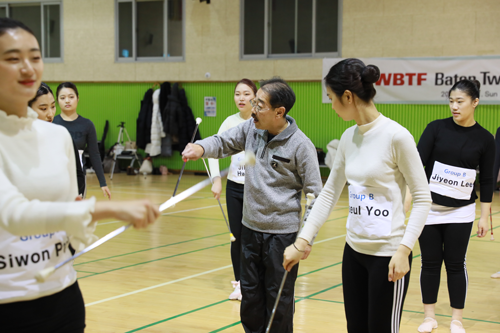