The third Chiba Aqua-Line Marathon was held to promote sports and showcase the appeal of Chiba Prefecture. The concept is to revitalize the region by letting many people know about the charm of Chiba Prefecture and Tokyo Bay Aqua-Line.
As many as 15,851 Japanese and international runners gathered and ran through the spectacular view of the aqua line surrounded by the blue sky and the sea. Approximately 360,000 people rushed along the course and cheered the participants on.

In addition to the conventional general participation frame, we have set up a foreign runner frame as special participation. By opening the participation application site in English, 480 foreign runners participated, which greatly exceeds the 98 participants of the previous year’s competition.
Since we started the runner exchange with Taiwanese citizen marathon competitions (Taipei City and Kaohsiung City) from this competition, it became an international competition. We also endeavored to provide hospitality, such as prioritizing the placement of volunteer interpreters and displaying information in three languages.

-Not only the charm of running on the aqua line on the sea but also the support along the road was enthusiastic.
-I was impressed by the richness of aid and the support of the local people. 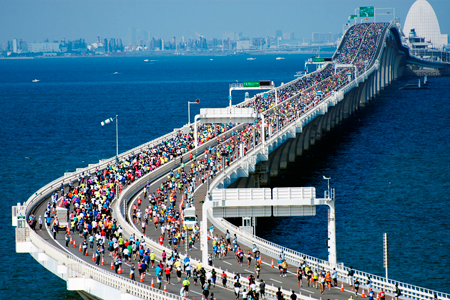 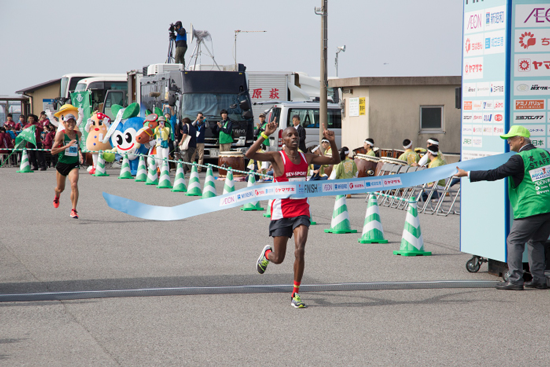 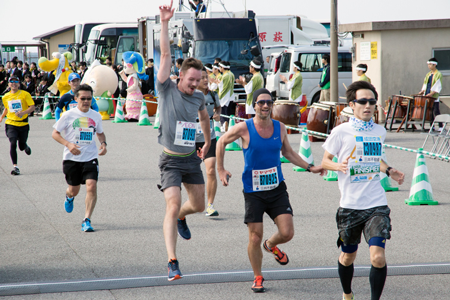 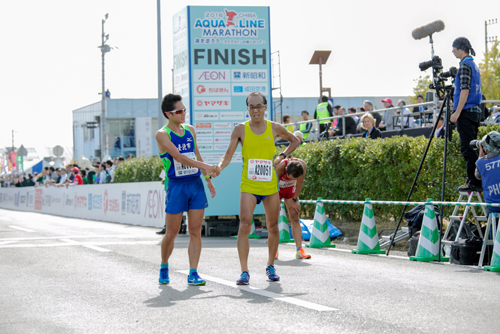 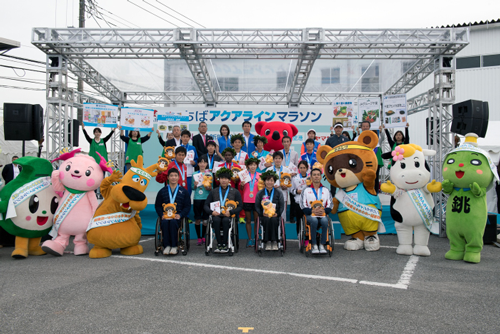