The English version of the radio taiso exercise was demonstrated to 1,000 foreign runners participating in the Tokyo Marathon, which was well received. The day before the Tokyo Marathon, we also held a demonstration that focused on the extension of the legs and arms, which is useful when running a marathon as a preparatory exercise. It was well received by foreign runners because it helps prevent accidents such as falls during marathons.

The explanation was quick and I couldn't understand it very well, but I was able to have a friendly exchange. 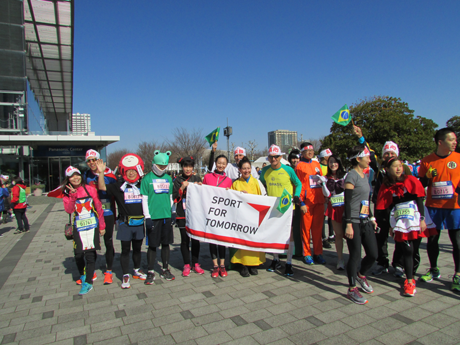 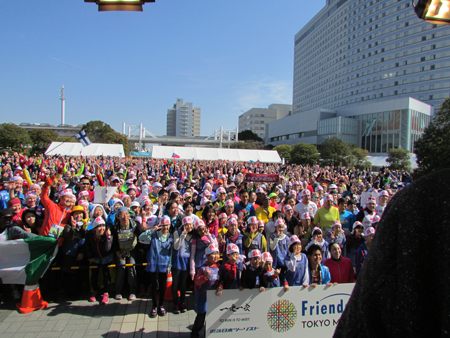 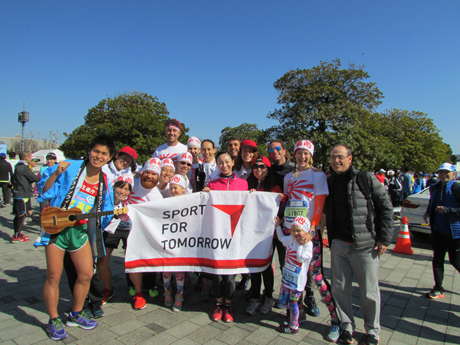 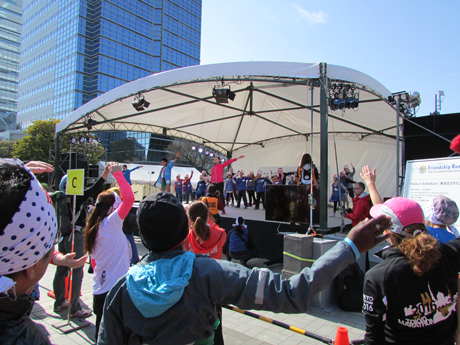 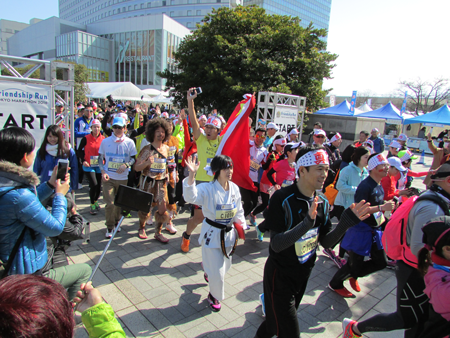