About 130 children and adults, including people from Nepal and South Sudan and a director general of the Nigerian Federal Ministry of Youth & Sports Development, regardless of disabilities, experience playing boccia and sports abilities, enthusiastically played boccia. The opening ceremony, with the cooperation of the Japan Overseas Cooperation Volunteers (JOCV), was broadcast in Nepal via a live Internet connection. The first pitch was thrown by a student from a special needs school in Nepal at the starter’s shout from Japan. During the games, an information desk was set up to introduce the activities of organisations involved in the event. A Boccia Bar was also installed to sell drinks, with the proceeds going to charity.

The event proved that people are able to get to know new people very quickly through playing boccia together. In the second part of the event, where a lottery shuffled all the participants, it was particularly impressive that people who had never met before enjoyed having time together.

After the event, we received an inquiry from a support group for people with disabilities in a rural town in Nepal that had learned about the project on Facebook. As a result, we held a boccia training session for the group, which was a ripple effect from this event. 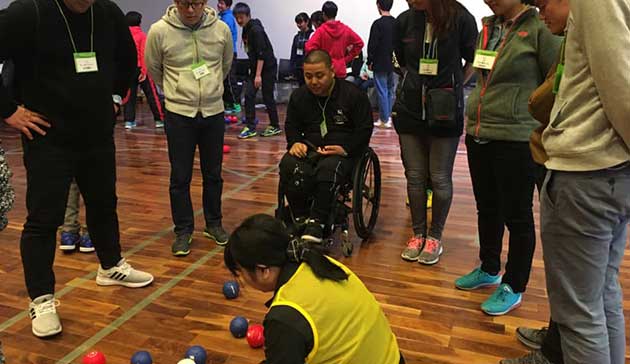 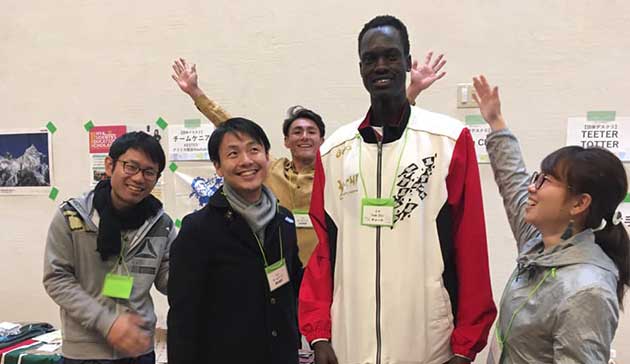 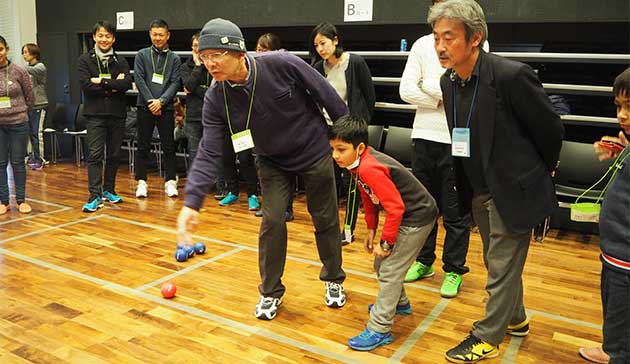