South Africa still has a long way to go in gymnastics. We invited the men’s trampoline team from the South African Gymnastics Federation for them to see the training environment in Japan and for us to assist the gymnasts and coaches. Among the African countries, South Africa is a promising country with a fair chance of winning a berth to the Olympic Games in the African Gymnastics Championships. The team members took part in the training camp with the Japanese coaches for final adjustments to win a long-cherished berth in the Olympic Games.

We used videos, printed materials and illustrations to lecture the coaches on Japanese training methods, precautions and where to focus as we noticed some overall characteristics of the South African team as below:
・Frequent major horizontal displacements from the centre of the bed
・Frequent errors
・Failure to create a straight and beautiful form
・Premature timing for performing a skill resulting in insufficient height
・Consecutive performance of imperfect skills

We’d like to thank you Japanese government and Japanese Gymnastics Association for this opportunity. It was precious experience for us to practice with Japanese gymnasts. The way they do training is very different from us and we learnt a lot. We want to use this training skills/method back home to train our gymnasts as well as coaches. Hopefully we can be qualified for Olympic Games and come back to Japan soon.
（訳）このような機会を与えてもらい日本政府や体操協会には感謝しています。日本の体操選手と一緒に練習することはとても貴重な経験でした。私たちが行っているトレーニング方法とは違う点がたくさんあり、多くの学びがありました。トレーニング技術や方法を自国の選手やコーチにも活用したいと思います。 オリンピックの出場資格を得て、日本にまた戻ってきたいです。 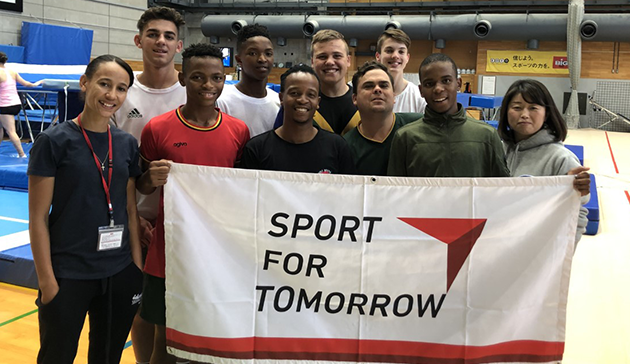 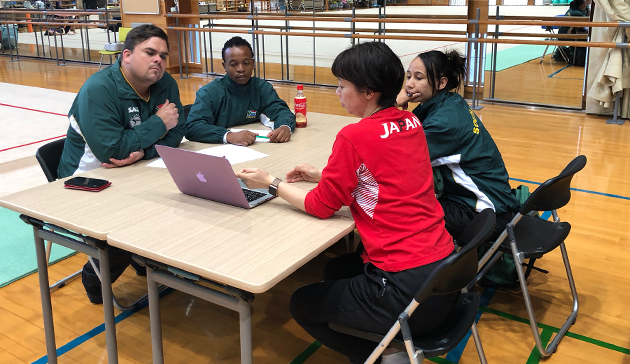 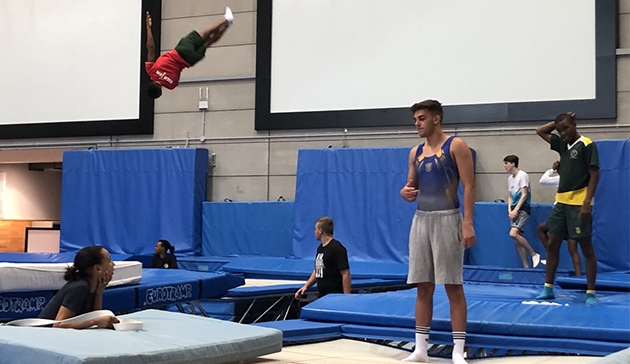