In order to provide the joy of running to amputees, a running clinic was held at the Urayasu Campus of Meikai University over three days starting on October 25, 2019. Just like the previous time, Paralympic medallists Heinrich Popov and Atsushi Yamamoto served as instructors and 10 amputees participated. Tomomi Tozawa and Tomoki Yoshida, who became Ottobock ambassadors in April of this year, also participated as sub- instructors.

Each year, artificial limb users with various backgrounds participate in the running clinic, and this year, the participants were from a wide age range, extending from 20 years to 75 years. On the first day, the weather was bad, but cleared on the second day, and the 10 participants studied hard starting with the fundamentals in order to achieve their individual objectives.

-I felt pessimistic and thought I wouldn’t be able to run by the final day, but thanks to the progressive training, I was able to run. I am very grateful. - The training based on theory and how to become more invigorated made me want to move my body even when I was tired. - The coaches were very demanding. Even so, I enjoyed the instruction like a child. - It was good that they taught me how to exert myself and how to approach the training. - It was very encouraging for me to set targets that I could achieve if I took on the challenge. 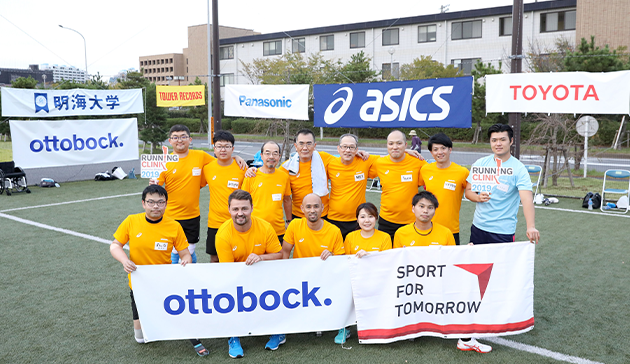 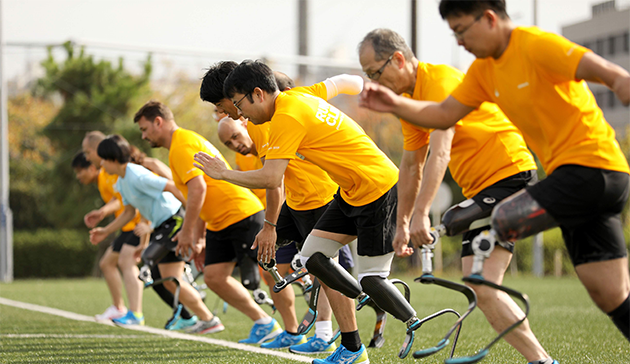 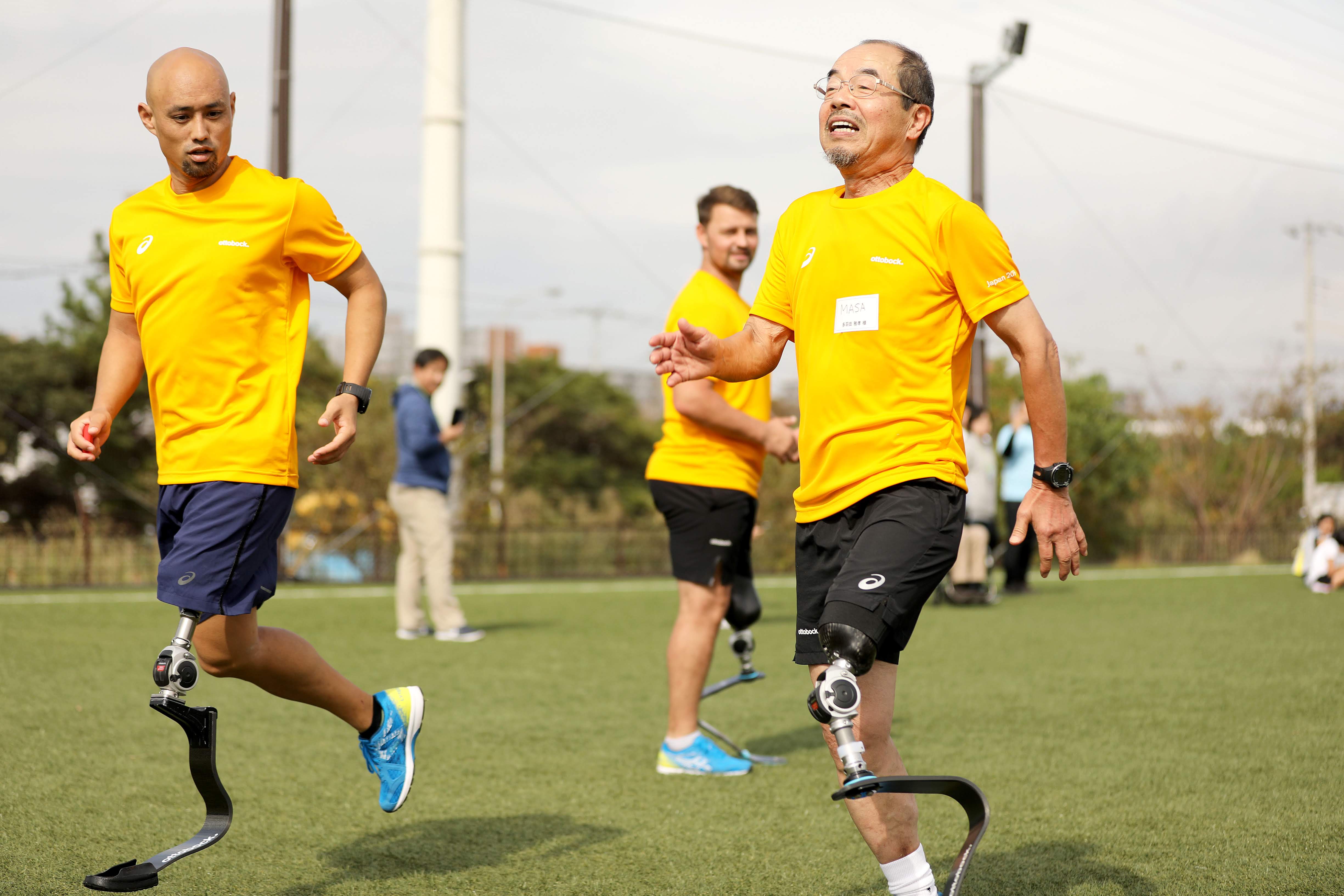