The main purpose of the event was to raise public awareness of traffic safety norms in order to reduce children’s deaths in traffic accidents in Vietnam. Each participant wears a uniform with the printed motto that won the grand prize in the Doraemon with Traffic Safety Campaign conducted by the Mainichi Newspapers and the Vietnamese Ministry of Public Security and hands off a sash to the next runner. In principle, mixed teams of Japanese and Vietnamese were allowed to participate in the event. Participants were recruited at their workplaces, etc. to promote harmonious relationship among the workers at companies and friendship between the two countries. The race was held on a course around Hoan Kiem Lake, a place of recreation and relaxation for Hanoi citizens.

The race was held on a course around Hoan Kiem Lake, a place of recreation and relaxation for Hanoi citizens.
The opening and closing ceremonies were held at the adjacent Ly Thai To Park. In the park, the Kanagawa Festival In Hanoi was also held coinciding with the ekiden event. Thanks to their synergistic effects, many people visited both events.

Comment from a local related to the programme: The Ministry of Public Security of Vietnam highly praised participants’ consideration for their teammates, which the ministry says will lead to traffic safety literacy. We have already received an earnest request to hold this event on a continuous basis. 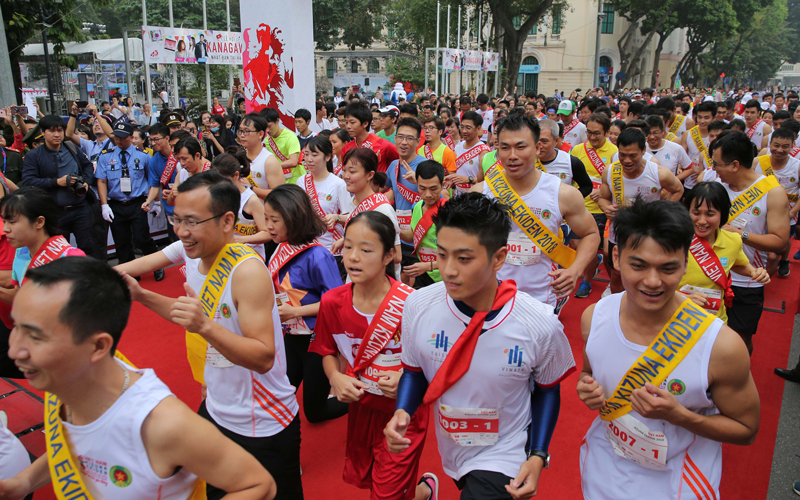 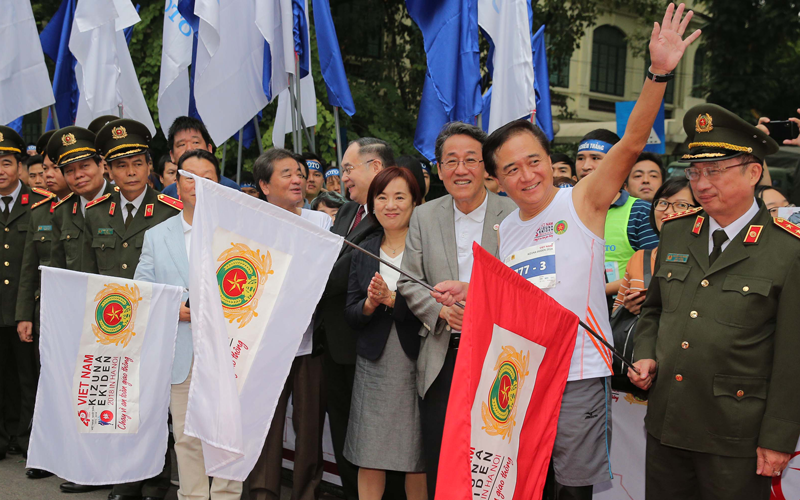 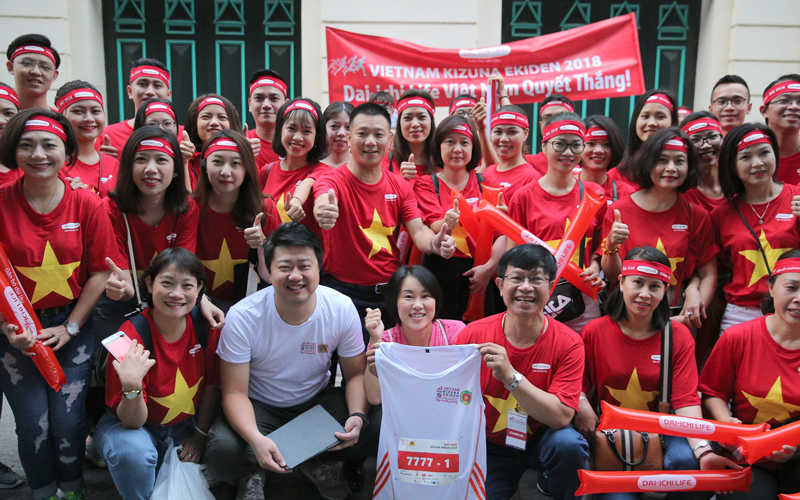