Activity to popularize Radio Taiso in Mongolia was held with the objective of introducing one traditionally Japanese exercise habit.

In Mongolia, there are organizations that regularly practice Radio Taiso and groups of Japanese volunteers that help to popularize it. Some of those groups ask to learn the proper movements for effective Radio Taiso exercise and want a chance to practice. There are also requests from groups learning Japanese and Japanese culture, and organizations for people with disabilities. We visited 10 places and taught Radio Taiso. We were able to teach Radio Taiso to a variety of people, including students and teachers at schools, people with disabilities, employees of Japanese companies, and people in outlying areas. No matter where we went, people practiced hard and enjoyed themselves.
Also, after we returned from Mongolia, we got several happy messages that groups were continuing to practice Radio Taiso. We would like to continue our efforts in Mongolia to popularize Radio Taiso.

I felt that because it takes a short time, it’s easy to incorporate into Mongol life. Thanks to you teaching us the effects of each one, as we move through the exercises, we now have a better understanding of the meaning behind them. We have calisthenics in Mongolia. But we just move to a set of commands (no music). Because Radio Taiso incorporates music, students get interested in participating. (Principal of Global International School, kindergarten through grade 12) 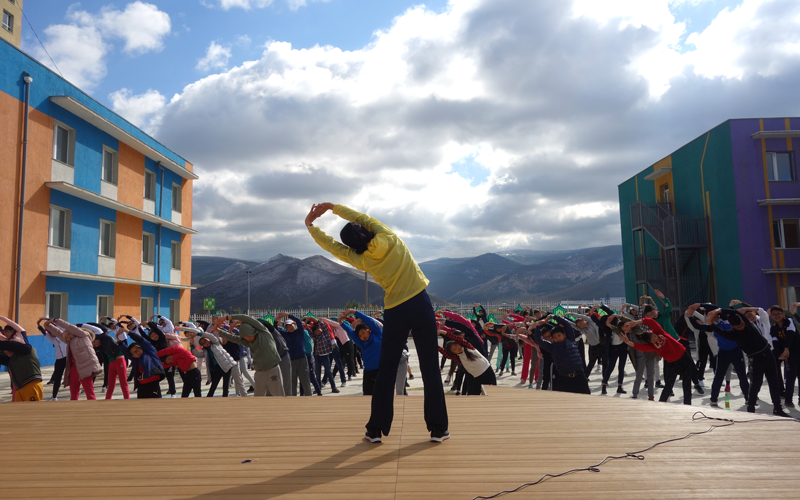 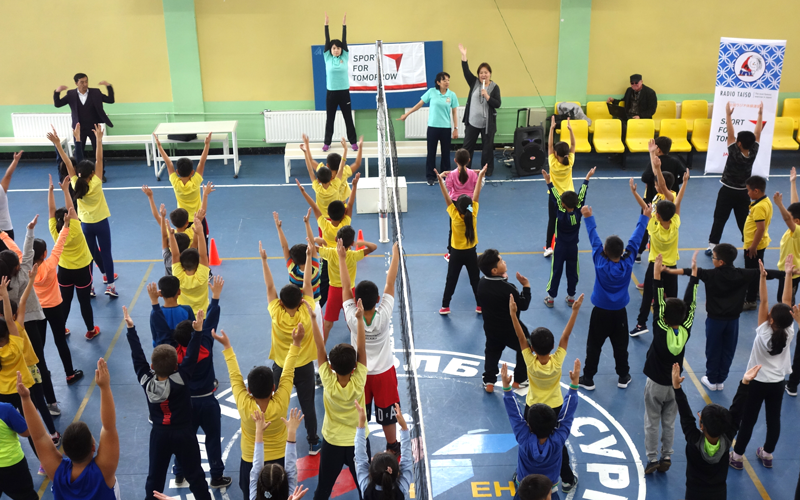 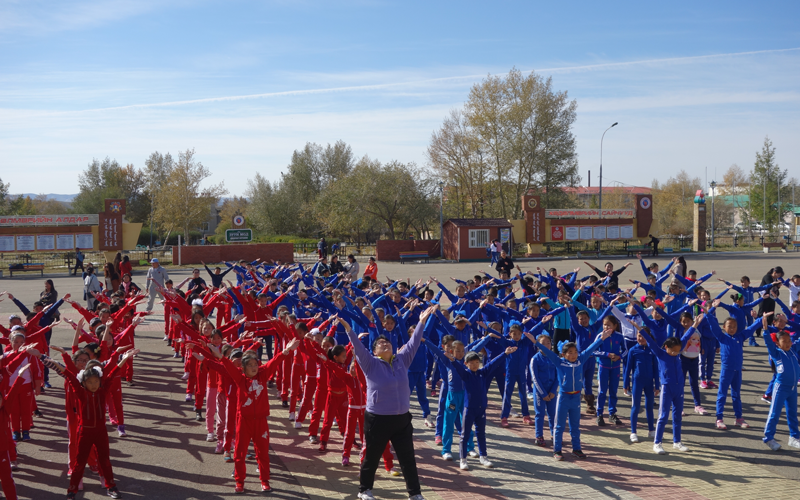 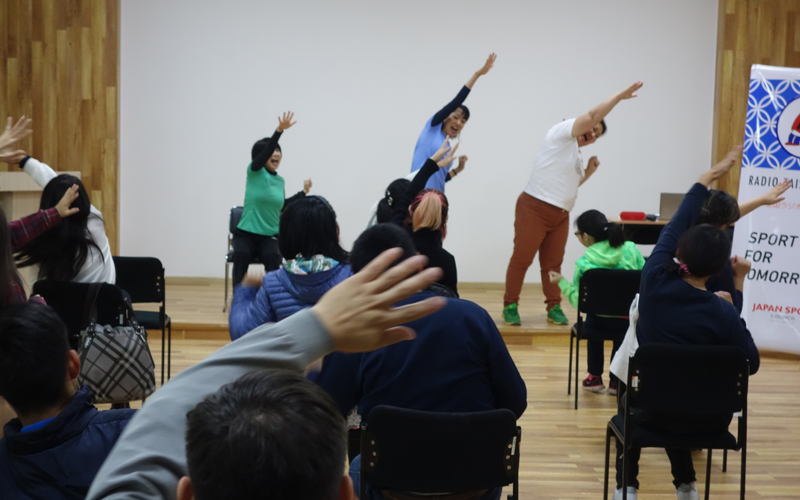