Rugby exchanges in Thailand took place in Bangkok two years ago and in Northeast Nan Province last year. This year, it was held in Northeast Mukdahan Province. Along with the local Thai children and a rugby leader, people from the neighboring country of Laos participated in the rugby clinic and match. It ended up being an international event that transcended boundaries.

At the event, a top Japanese rugby player talked about the spirit of the game implied in terms such as “No side” and “One for all, all for one.” Without regard to nationality or religious affiliation, teams were organized, and friendly matches were held. Mutual understanding among the players increased, and friendships were created.
The Thai Rugby Association was able to a foundation through its experiences at this event to operate autonomously into the future. Also, the popularity of rugby expanded from the city to rural areas, and children were able to engage in international exchanges at a grassroots level.

The fact that this program was held has led to increased motivation among young players.
Participant feedback is good, and people enjoyed making new friends, meeting new coaches, and learning new ways to play. The Japanese leaders instructed with passion and left a big impression. It was a good opportunity to learn about the spirit of the game through discussions of “No side” and “One for all, all for one.” 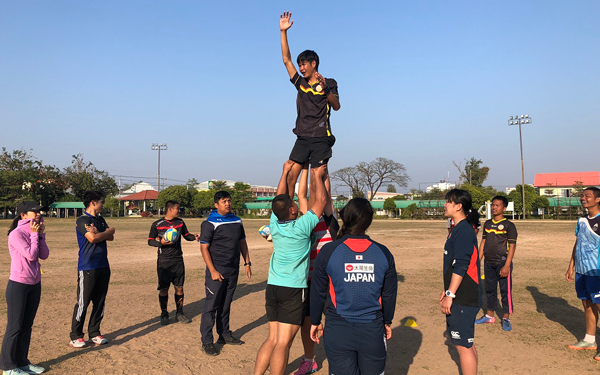 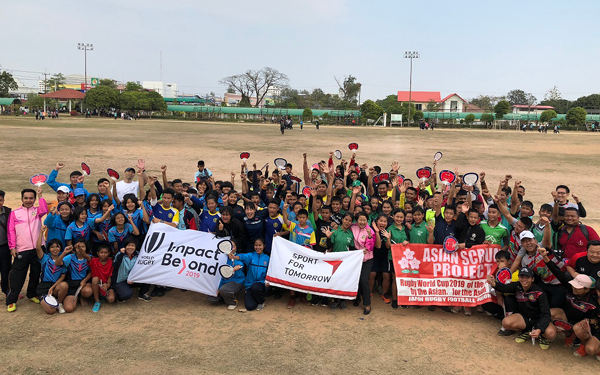 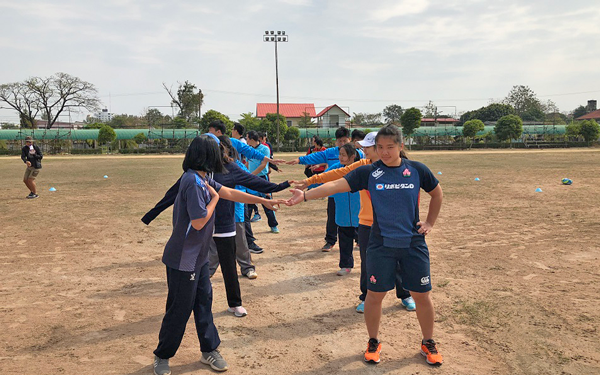 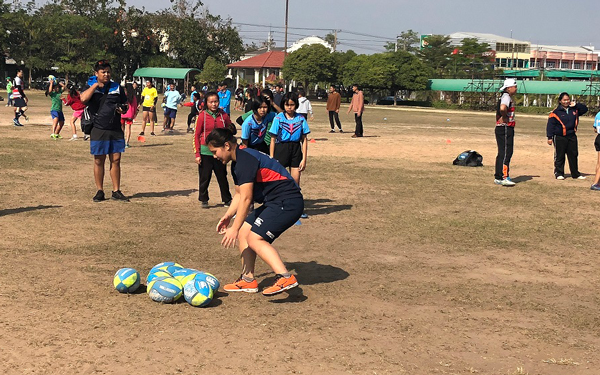 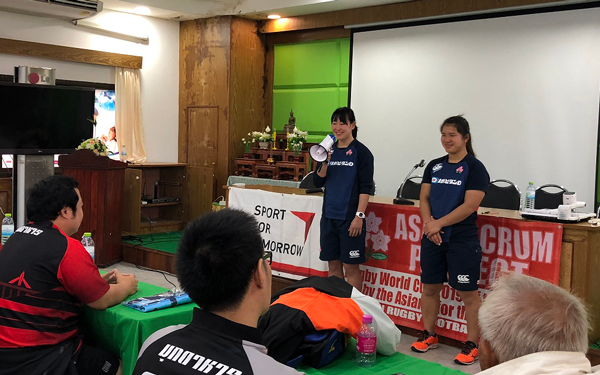