The 2nd tournament was held to commemorate the 130th anniversary of Japan-Thailand favorites.
It was co-sponsored by the Thai government, Mainichi Newspapers, and RKB Mainichi Broadcasting, which was held in Ayutthaya on a circuit course of world heritage sites.

The tournament began at 6:30 am on January 28, 2018, with 400 runners starting the race connecting the Tasuki of Japan-Thailand friendship. We contributed to the creation of cross-country communication through sports. The teams were comprised of Japanese and Thai players with each team consisting of four players.

I think that the Thai and Japanese teams were able to deepen their friendship through the unique Japanese style of sports called "EKIDEN" that connects the tasuki. 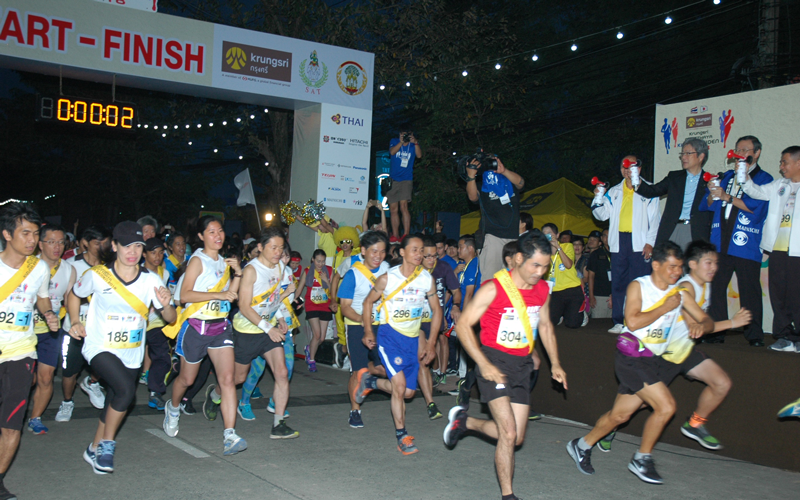