Albis Caballero, a former JICA trainee from Uruguay, has been promoting takkyu volleyball (usually called takkyu volley) in her country over the past two and half years. Taking advantage of what she learned at JICA Tohoku’s issue-specific training programme, titled Promoting social participation of people with challenges through sports, in 2017, she is expanding the network of the sport at a steady pace. Albis also made a video showing what takkyu volley is like and presented it online on 27 May 2020. About 40 people participated in the event, including the Japanese Ambassador to Uruguay, a representative of the Japan Takkyu Volley Federation, the president of the Federation of the Alumni Associations of Former Participants in Training Courses from Latin America and the Caribbean, former participants in training courses from Bolivia and Brazil, and from Uruguay, people from educational institutions, former JICA trainees and JICA Uruguay Office staff members.

Takkyu volley can be played by anyone, regardless of being with or without challenges, age or gender. It is also enjoyed at primary and secondary schools in Uruguay as it can be implemented at a small cost. After returning from Japan, Albis has been gradually spreading the sport in Uruguay by using her original ideas such as substituting wood boards for a ping pong table and asking a local carpenter to make rackets with from wood boards. Since PLS sound balls for takkyu volley are not available in Uruguay, she asked the Japan Takkyu Volleyball Federation for cooperation and the federation donated PLS sound balls. Thanks to these activities and efforts, the sport has spread to be played at 41 institutions in 6 of the 19 departments in Uruguay in about two and a half years. Albis and her colleagues will continue to work to promote takkyu volley throughout the country, and to hold competitions in each department and at the national level, and ultimately establish a national takkyu volley federation to participate in international competitions.

■The video on takkyu volley: https://youtu.be/Orwp4js_GCY
■An article on an issue-specific training programme, titled “Promoting social participation of people with challenges through sports”: https://www.jica.go.jp/activities/issues/sports/ku57pq00002lqrhf-att/world_02.pdf 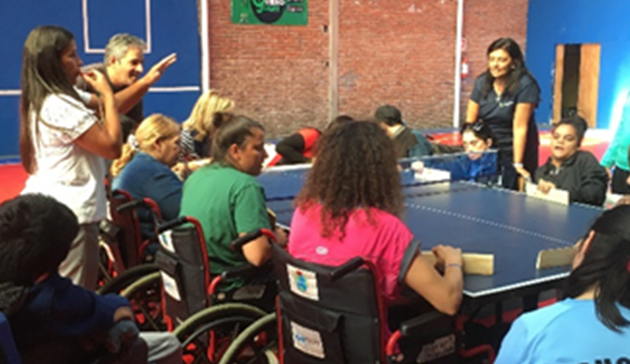 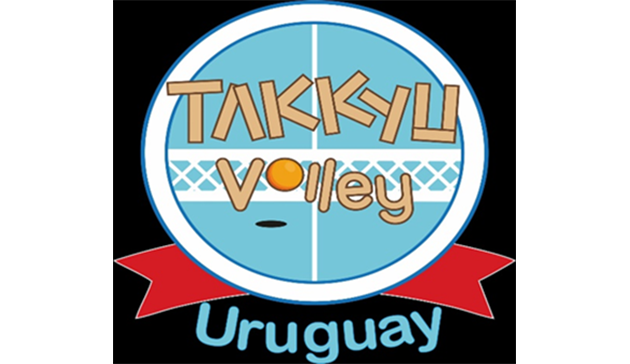