The Japan Volleyball Association received a commission from the Japan Sport Council, and carried out the “Cambodia Project: Ball games on land without landmines.” This project was aimed at providing opportunities for people who have not been able to enjoy sports for a variety of reasons mainly in developing countries. Volleyball classes and competitions were held in the Tasaen district of Cambodia where between 2 and 5 million landmines are said to be buried due to the civil war.

Ms. Yasuko Miyajima, a sports announcer, who is a member of the Japan Volleyball Association and was a project member, conducted the event together with Mr. Takashi Watanabe (former coach of the Men's National Volleyball Team, Cambodian Volleyball Federation), Ms. Sachiko Otani (Bronze Medalist at the Los Angeles Olympics), Ms. Kiyomi Sakamoto (Representative of Japan at Atlanta Olympics), and Ms. Shinako Tanaka (Former member of Japan women’s national volleyball team, 2006 Asian Games Beach Volleyball silver medalist) after visiting a landmine removal site with them. In the volleyball classrooms and during the competitions, junior and senior high school students made lively attacking moves as if forgetting the painful past that this area has suffered, and small children could be seen laughing and chasing the brand new balls, which they had seen for the first time.

Mr. Ryoji Takayama, a representative of “International Mine Clearance and Community Development (IMCCD),” which has been supporting local residents in this area by removing landmines for more than 10 years, commented that, “There are few places where children can play freely in this area, so this project was very meaningful for them.” 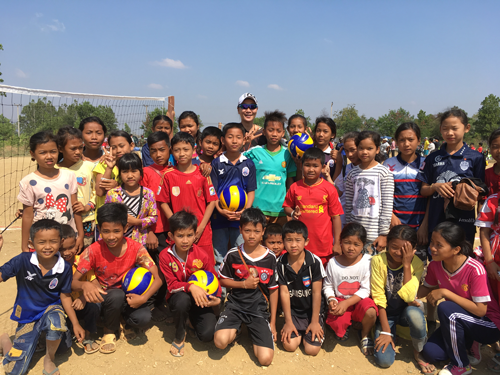 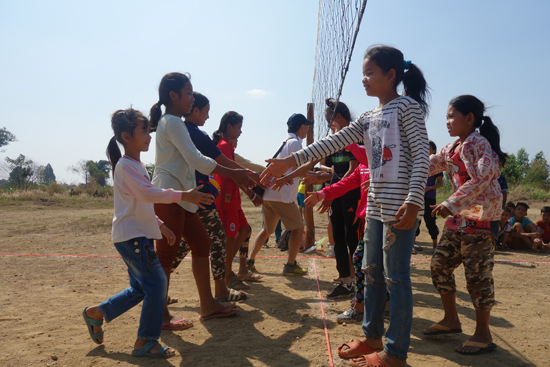 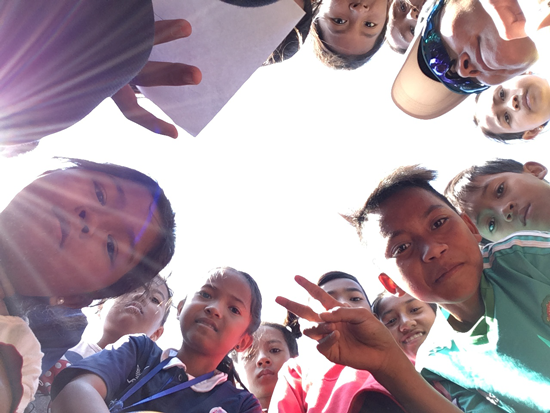 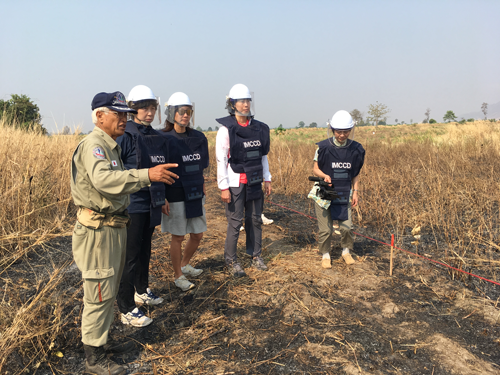 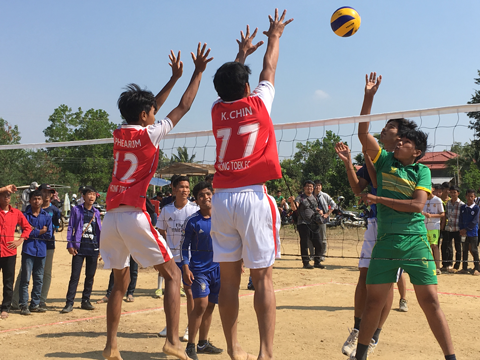 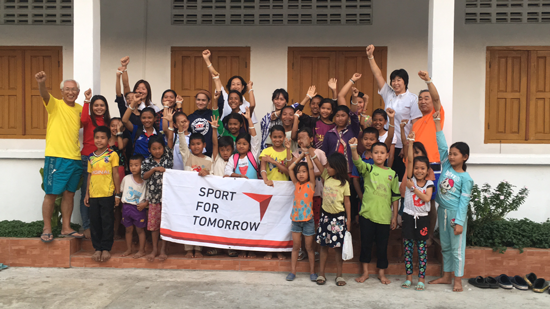