After participating in the 2007 AFC Asian Champions League, we held grassroots exchanges with children from Asian countries. Rather than teaching soccer skills, we are conducting "heart-to-heart exchanges" that convey the importance of "comfort," "trust," and "work hard," which are the principles of the Urawa Reds Heartful Club. Over the past 11 years, we have visited 37 cities in 25 countries, and this time we have visited Myanmar as we did last year. We visited elementary schools and nursing homes that could not be visited due to the flood last year.

Arriving in Yangon on July 26, we attended a social gathering hosted by Minister Maruyama of the Embassy of Japan in Myanmar and Mitsubishi Corporation, explained the activity philosophy of the Heartful Club, and asked about the situation in Myanmar. The following day, on the 27th, we visited a Japanese school in Yangon City and gave lectures and practical training to a total of 116 people from the first grade of elementary school to junior high school students. After that, we paid a courtesy call to the president of the Myanmar Football Federation.

On the 28th, we visited Gazitu Friend Elementary School, which we couldn't visit because of the heavy floods and road closures last year. The establishment of Friend Elementary School was supported by the "Members' Association for Building Schools for Asian Children," chaired by former Prime Minister Shinzo Abe and represented by Toshiaki Endo, the former Minister for the Tokyo Olympics and Paralympics. Since the school does not have a schoolyard, we played soccer on the grass ground prepared by the Myanmar Football Federation. The kids were excited about the first turf ground.
On the 29th, lectures and practical training were given to local high school students. In the afternoon, we visited a nursery school in Myanmar to protect children from trafficking and AIDS infection and played soccer together on the muddy ground.

With the cooperation of DHL, we donated 733 Urawa Reds uniforms and T-shirts collected from fan supporters to school children.
Despite the lecture through the interpreter, the students listened seriously and chased the ball hard in practice. Even after it was over, I was calling "OMOIYARI" in Japanese.

Comment from the principal of Gajitou Friend Elementary School:
I wasn't able to come to Japan last year due to the flood damage, but I am very grateful to you for inviting me to Japan in June and for coming to this school far away again. I am really grateful that the usually quiet children were able to play soccer with a lot of smiles. Thank you very much.

Comment from the Minister of the Embassy of Japan in Myanmar:
Thank you very much for coming to Myanmar for the second consecutive year and teaching Japanese school children and local children not only soccer but also "heart".

Comment from the President of Myanmar Football Federation:
The activities of the Heartful Club that convey the heart are wonderful. I hope that you will continue to contribute to the development of soccer and sports in Myanmar. 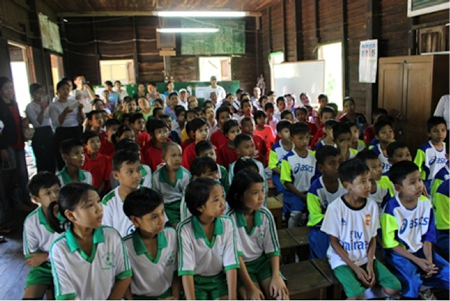 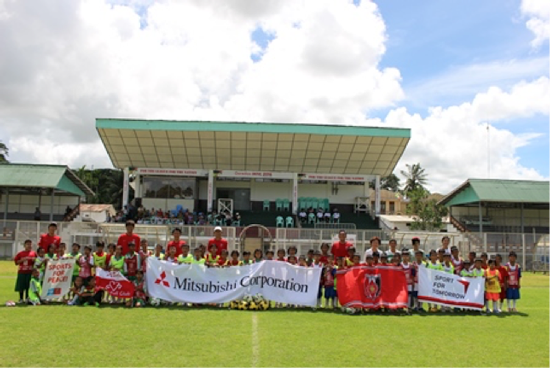 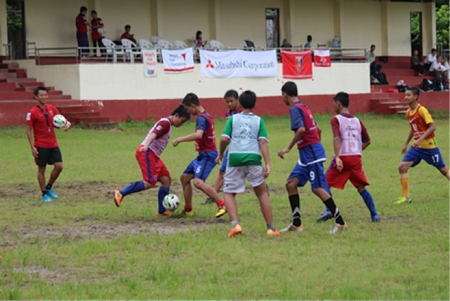 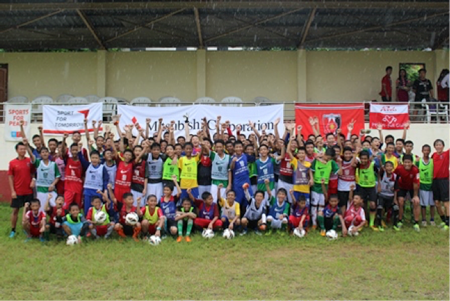 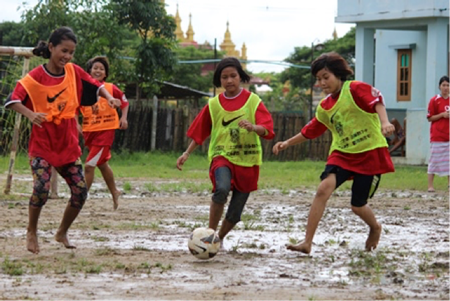 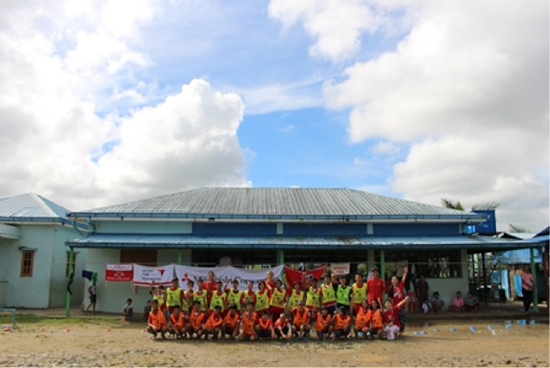