【Rwanda】 Japan Overseas Cooperation Volunteers Project Report: Bringing the Joy of Playing Volleyball to Children of the Republic of Rwanda

Members of JICA’s Japan Overseas Cooperation Volunteers (JOCV), who teach volleyball skills to people in Ruhango in Southern Province, Rwanda, and coach a local women’s team, visited primary and middle schools in the district and in a neighbouring province to donate used volleyballs brought from Japan and give volleyball classes. The participants learned important things about sports and the significance of playing sports, such as carefully handling sports gear and training to improve skills. They also experienced the fun of playing sports.

Although volleyball is a very popular sport in Rwanda, people are unable to play the sport as they would like or in an adequate environment due to insufficient equipment and instructors. This time, the JOCV members visited schools in the Ruhango district and a neighbouring province, donated volleyballs and held volleyball classes for 228 students, and also introduced Japanese culture to deepen mutual understanding between the two countries.

I would like to express our deepest gratitude to Mr. Sho Watanabe, the coach of the Ruhango Hospital Club (RVC) as a JOCV volunteer, and his predecessor, Ms. Misa Ogawa, for their joint efforts in donating volleyballs collected in Japan to Rwanda. Their support has helped greatly to start playing volleyball at primary and middle schools. In the future, RVC will have more players and become stronger so that it can win more trophies and produce many excellent players who will contribute to the national team. 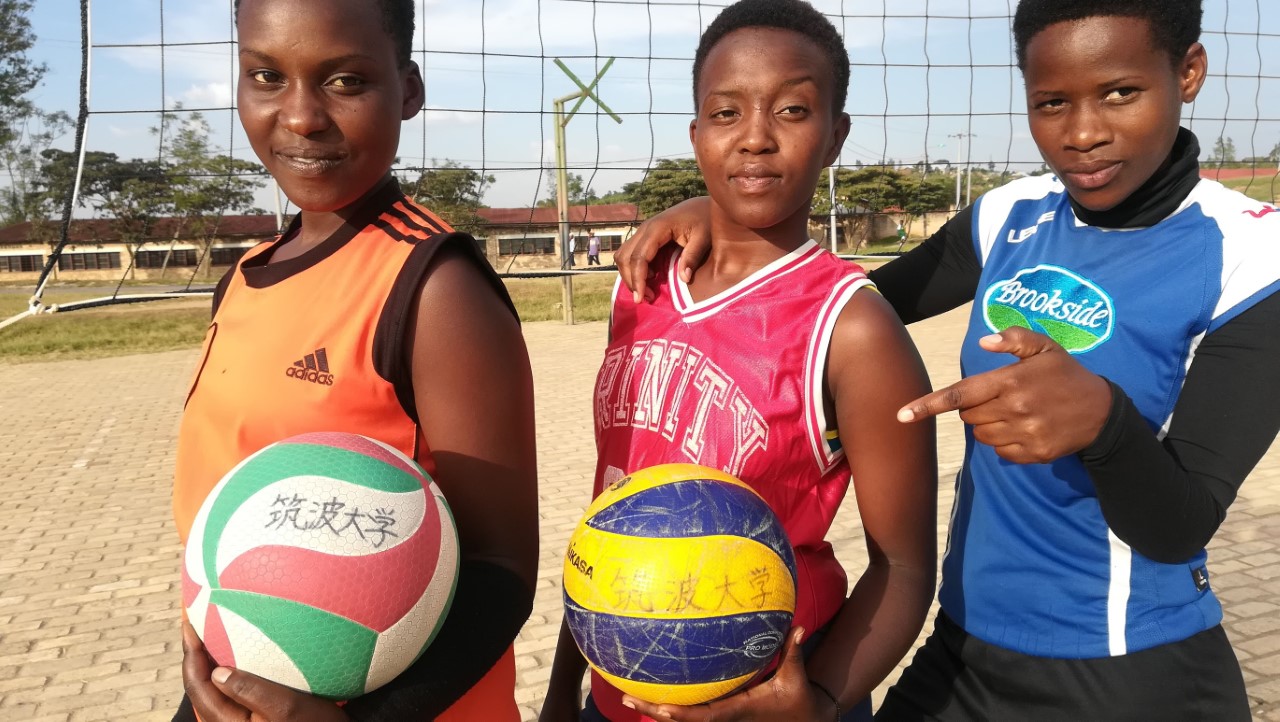 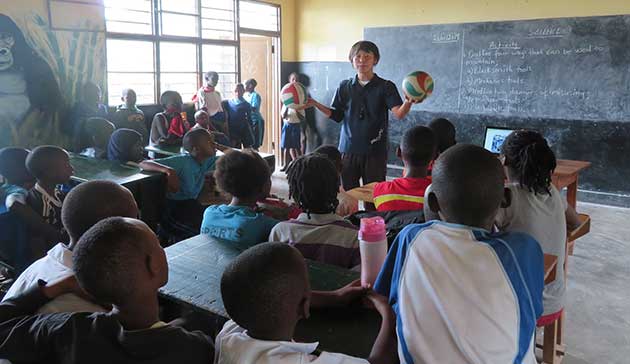 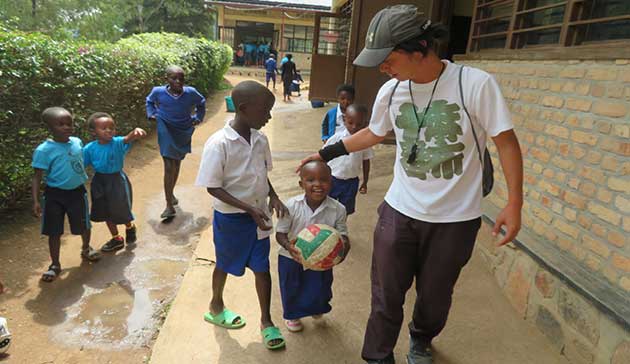 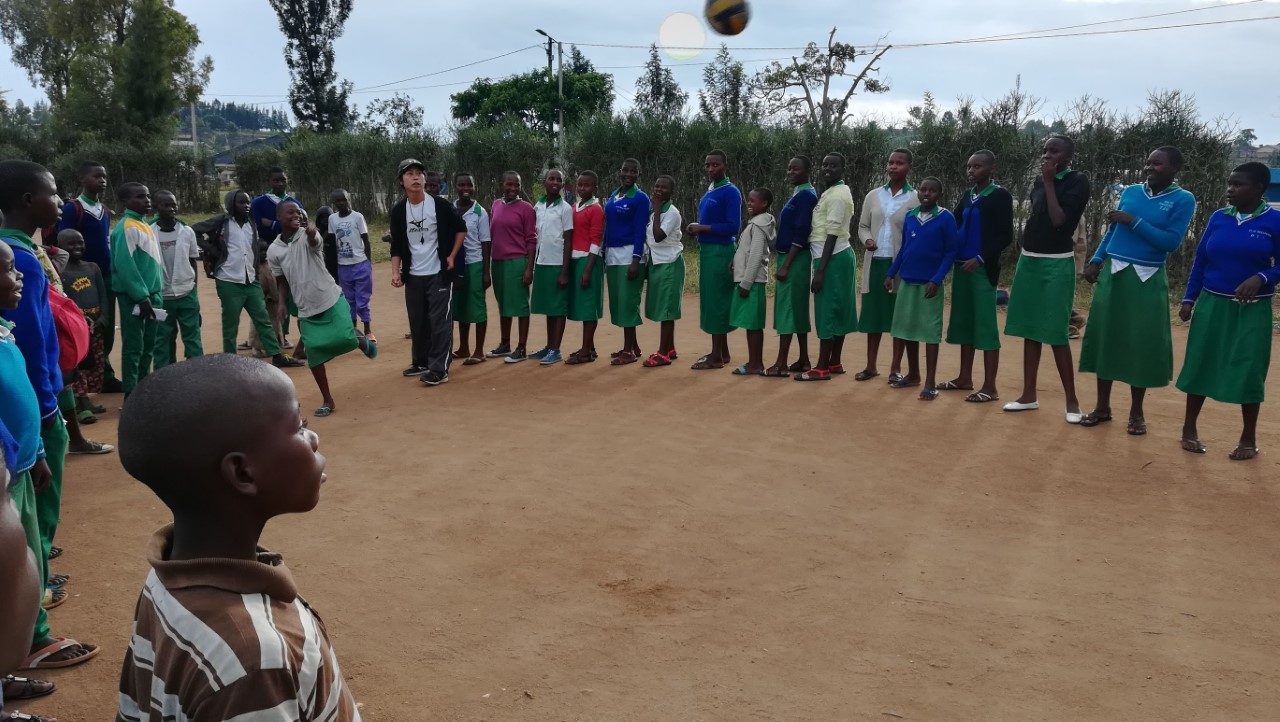